ConservativeBlog.org
Posted at 09:52h in Articles, Blog, Environment and Enterprise Institute by The National Center

Beyond extensive damage to property and the environment, the harm to Japan’s energy grid was severe.  The closure of just the Fukushima Daiichi nuclear plant alone resulted in a loss of 30% of the nation’s electricity production. 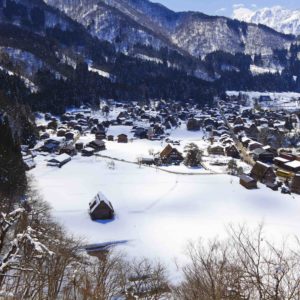 The tragedy of March 2011 is but a sad memory as the Japanese face their second winter without enough energy to heat their offices, homes, schools and places of worship.  In the absence of nuclear-produced electricity, demand for energy from other sources, such as coal and natural gas has risen to an all time high.

Japan is completely dependent on imports for its coal and natural gas.

And North America has an abundance of both.

The Canadians geared up to meet Japan’s needs, as did coal and natural gas producers in the United States. Coal miners in Wyoming and Montana along the Powder River Basin, the country’s #1 coal producing area, wanted to use America’s Western ports to transport to Japan.

Natural gas producers in Texas, Wyoming, Colorado and other states transformed their natural gas into liquefied natural gas (LNG) and planned to truck it across the country to tankers waiting in the ports of Louisiana, then transport it by sea to Japanese consumers.

Now, here’s where the story gets interesting.  Canadians succeeded in delivering their products to Japan.  And what about deliveries from the good old US of A?  We ran into all kinds of bureaucratic bottlenecks and are still being held up.

On a business level, with jobs and profits lost, it’s unfortunate.  On a humanitarian level, it’s shameful.

So, what went wrong?

Wyoming’s Cynthia Lummis, of the U.S. House of Representatives’ Western Caucus, was tasked with finding out.

Lummis discovered that coal deliveries are being held up by the Environmental Protection Agency (EPA) which is demanding that states undertake what is essentially a full life cycle analysis (LCA) related to the increased exports to Japan. The EPA wants to know the impact of the increased coal production and additional rail cars, not just on the Western ports, but globally.  It even tossed in a few questions related to what all this would mean to climate change.

Assessing the impact of such an uptick in activity isn’t unusual.  The National Environmental Policy Act (NEPA) requires what is essentially a logistical analysis when this happens.

What’s different in this case is the scope of the analysis that EPA is demanding.

LCAs such as this one demanded by the EPA can take several years and cost millions of dollars.  These demands far exceed NEPA’s mandate and are a great example of mission creep.

As Lummis and 58 other Members of Congress representing both parties noted in a letter to the U.S. Army, the Army Corps of Engineers, and the U.S. Department of Interior, “NEPA analysis must be limited in scope to the project itself.”

The letter further pointed out that, “In 2011 the combined total of exports heading east or south was nearly 100 million tons, while shipments originating at western ocean ports and heading to rapidly emerging markets in Asia languished at less than 7 million tons.”

And so the coal that needed to get to Japan before a cold winter was stalled by a bureaucratic bottleneck.

Beyond coal, U.S. natural gas supplies headed to Japan were shipped by truck and train to Louisiana ports for transiting by tankers to Japan.  The task seems simple enough.

In April 2012, Alaska’s Senator Lisa Murkowski asked President Obama to expedite export permits for natural gas from Alaska’s North Slope in order to meet demand in Japan.  Alaska is still waiting for those permits too.

Irrespective of whether the U.S. has a free trade agreement with Japan, the lengthy permit delays may conflict with our obligations under the WTO.

And so LNG joined coal in the bureaucratic bottlenecks.

WHAT YOU CAN DO:

The National Environmental Policy Act (NEPA) allows everyone to have a say, and it is important to let your elected representatives know that exports of coal and natural gas are economic AND humanitarian imperatives.

Photo Credit: iStockphoto, From the Shiroyama Viewpoint at Gassho-zukuri Village/Shirakawago.