God blessed America with abundant sources of energy in the form of oil, natural gas and about 10,000 years’ worth of coal, more fossil fuel reserves than anywhere else on the planet.  However, most of these blessings are completely off-limits due to federal policies.

In spite of this hurdle, coal – produced primarily on private lands by private companies – provides us with about 40% of our electricity.  Each American uses about 7,600 pounds of coal a year.  Add in natural gas, also from private lands, and these two natural resources provide about 70% of the electricity produced in the US.  Nuclear adds another 20% to the mix even though we haven’t expanded this sector since the 1970s.  The balance of power comes primarily from hydro (water pwer, about 5%), followed by single digit production from the heavily subsidized wind, solar and biomass (wood, corn) sectors. 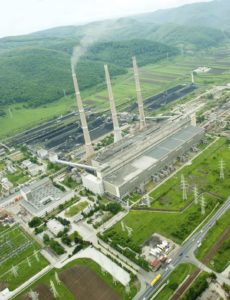 Thank the miners and drillers every time you turn on your computer.

Hydraulic fracturing, combined with improved methods of horizontal drilling, has resulted in a natural gas boom.  Wells are being created on very small footprints on private land. The result is natural gas available at very competitive rates, about $3.75 per million British thermal units (Btu).  Compare this to $17 per million Btu for liquefied natural gas in Japan.

Its current low price makes natural gas an attractive alternative to coal and, with new and expensive regulations facing coal, many of the older plants will be retired and some companies will go bankrupt.  But energy diversity is good policy so we don’t want to lose coal completely, just help clean it up, right?  Especially important since the U.S. has the world’s largest supplies of fossil fuels.

Coal is energy dense so it is a must for electrical output for large-scale manufacturing.  You’re not going to do manufacturing on solar or wind or hamster power.  This is why China, the manufacturing center of the world, is investing heavily in modern and efficient coal-fired energy plants, as many as one-a-week we are told.

Beyond the price you pay on your gas and electricity bills, we contribute additional cash in the form of federal subsidies per megawatt hour of electricity:

These figures don’t include the decades-old production tax credit (PTC) that transfers billions more of your taxes to the “renewable” energy companies, about $12.2 billion every decade to wind alone. (Oddly, nuclear is not included in this definition of renewable.)

It’s time for a real accounting of costs here.

If you could see the real cost of wind and solar “power” on our energy bills before all the coal-fired plants are shut down, you simply wouldn’t let it happen.  Europe is beginning to understand this as electricity prices skyrocket and governments are backing out of subsidies in Spain, Germany and the U.K.  They simply can’t afford it.  And worse yet, Spain discovered it lost 2.2 real jobs for every heavily subsidized “green” job.

Are we backing the wrong sectors in energy production?  Or should our investments reach out to coal, natural gas and nuclear too?

After all, it is important to remember that all solar and wind facilities rely 100% on the back up support of coal, natural gas and nuclear for when the sun doesn’t shine and the wind doesn’t blow.

Our government policies are littering the countryside with acres of inefficient windmills and solar panels while killing coal through layers of regulation, leaving natural gas and nuclear alone as back up to the “renewables.”

For us to take coal off the table as an ideological matter, as opposed to us saying that if technology allows us to use coal in a clean way, we should pursue it.  That I think is the right approach.  …[I]f we set rigorous standards for the allowable emissions, then we can allow the market to determine and technology and entrepreneurs to pursue what’s the best approach for us to take as opposed to us saying at the outset here are the winners that we’re pickin’ and maybe we pick wrong and maybe we pick right.

In response to onerous regulations issued by the administration’s Environmental Protection Agency (EPA) – not Congress – the Patriot Coal Company, with 1.9 billion tons of coal reserves, became the first U.S. coal company to file for bankruptcy in generations.

Says the EPA, regarding the residue of mercury and carbon dioxide in the emissions of coal-fired plants, King Coal has to get its numbers down:

Citing “a regiatory environment that puts coal at a disadvantage,” Moody’s Investors Service downgraded the U.S. coal industry to a “negative” rating.  The EPA estimates compliance costs will be $10 billion per year. The National Economic Research Associates estimates compliance costs will cost coal-fired energy plants $21 billion per year, money that simply can’t be passed on to consumers.  In response, Patriot Coal Company’s shares tumbled from $25 to 61 cents in less than a year.  Patriot Coal won’t be the last coal business to go belly up.

Driving the carbon dioxide regulations is the science on a climate that changes  – provided courtesy of the United Nation’s Intergovernmental Panel on Climate Change (UNIPCC).

And what if the UNIPCC is wrong or, as many think, the hype on “climate change” is primarily overblown campaign rhetoric designed to benefit some at the expense of many?

Who will be held accountable?  Are we causing electricity costs to skyrocket and dismantling vital industries for no benefit?

The rest of the world is modernizing its energy grid, investing in modern coal-fired plants. China alone is using four times as much coal as we do.

Ashok Bhargava, an energy expert at the Asian Development Bank in Manila, said:

No matter how much renewable or nuclear is in the mix, coal will remain the dominant power source.

We share the atmosphere with China. Killing Old King Coal in the U.S. simply makes the coal miners’ sacrifice look like our collective folly.

WHAT YOU CAN DO:Educate yourself.  The costs of energy are reflected in your budget every day in everything you do and everything you buy.  Contact your elected representative and ask for an accounting of the costs related to our federal energy policy.  Only by understanding the true costs of production can we make sensible decisions on how to best design the energy grid of the future.

The WEF Agenda is Antithetical to Shareholder Interests

ConservativeBlog.org / May 26, 2022
“The odds are very good that neither you nor most American shareholders want anything to do with the future for which Schwab and the WEF …
READ MORE

ConservativeBlog.org / May 24, 2022
Stacey Abrams has called voter integrity measures signed into law in Georgia in 2021 a “redux of Jim Crow,” but voting statistics from a week …
READ MORE
The National Center for Public Policy Research is a communications and research foundation supportive of a strong national defense and dedicated to providing free market solutions to today’s public policy problems. We believe that the principles of a free market, individual liberty and personal responsibility provide the greatest hope for meeting the challenges facing America in the 21st century.
Learn More About Us
Subscribe to Our Updates