23 Nov 2012 We Need Government Health Care So We Can Eat Twinkies?

ConservativeBlog.org
Posted at 08:43h in Blog, Health by Amy Ridenour 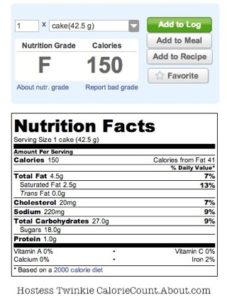 It’s a serious article, but I’m laughing at the idea that we need a government-run health care system to insure our access to a fatty sugar treat.

Mayor Bloomberg, for once, I ask you to call your office.

The left claims a single-payer, government-run system like Britain’s or Canada’s would make American companies more competitive, because they wouldn’t “have to” pay for their workers’ health premiums, so their costs of production would be less.

Furthermore, the left rarely if ever mentions that divorcing health insurance from employment by giving individuals the tax benefits directly, as conservatives have recommended for decades, would have the same presumably positive impact on competitiveness as government-run health care (if it did), except…

…it would help more, as employees would shop around for health services and insurance, which would have a price-lowering effect…

…and taxes wouldn’t have to go up (including, presumably, taxes on business) to finance the scheme.

Plus, government-run health care is bad for patients, who, presumably, matter.

So before we ruin what’s left of our private health care system just to get access to cake, let’s pause and realize government-run health care wouldn’t save the Twinkie.

And it would be less likely than a private system to save you, if you eat too many of them.