ConservativeBlog.org
Posted at 08:27h in Articles, Blog by David Almasi

After two dismal seasons — in which the University of Colorado Buffalos posted a combined record of 4-21 and give up an average of 46 points per game in the latter season — administrators at the school fired football coach Jon Embree earlier this week.

To some, firing this losing coach is an act of racism.

Embree is black.  He — among others — is now charging that black coaches are judged by stricter standards than white counterparts.  And stoking the flames of discontent is Embree pal and former championship University of Colorado coach Bill McCartney, who wants the school to give the sacked former coach at least another year. 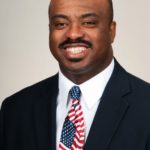 Project 21 member Stacy Swimp says college sports is not about scoring points for diversity but about succeeding on the field.  Stacy wishes Embree the best, but supports the actions of the administration to seek out a winning strategy.  He says:

When a football team goes through two losing seasons and does not win a game at home in 2102, it doesn’t matter who that coach is — that person is going to be fired.

Yet there is a white American now playing the race card and the fired black coach is playing victim.

Is there a problem with blacks not having opportunities at quality NCAA programs after being fired from another program?  I don’t know the answer to that question.

What I do know is that college athletic programs are in it to win it.  No one should be forced keep a coach with such a dismal record.  I would have fired Embree too!