29 Nov 2012 Signs, Signs Everywhere: ObamaCare Demands Them, Regardless of Cost

ConservativeBlog.org
Posted at 08:23h in Blog, Health by Amy Ridenour 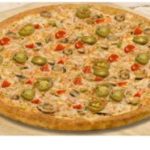 The Washington Times and Steve Forbes have alerted Americans to a little known provision in ObamaCare that could cost the food industry millions of work hours and billions of dollars, yet for very little, if any, consumer benefit.

As the Washington Times explains, in part:

It’s well established that Obamacare is sending the cost of health care skyrocketing. What’s less known is it will make trips to the grocery store more expensive and drive up the cost of pizza. All this is happening because nanny state zealots slipped a zinger into the measure just before it came up for a vote.

A provision requiring restaurant menus to display calorie counts might seem like a minor addition to legislation representing the takeover of one-sixth of the economy, but the seemingly simple addition will cost billions. President Obama’s own Office of Management and Budget listed the menu display imposition as the third most burdensome statutory requirement enacted that year, forcing retail outlets to expend 14,536,183 work hours every year just to keep Uncle Sam happy.

Instead of applying the menu rule just to restaurants, the Food and Drug Administration (FDA) decided on its own initiative to sweep certain convenience stores and pizza delivery storefronts under the calorie-count requirements. FDA bureaucrats are even micromanaging compliance, down to determining the sizes of fonts that can be used on menu signs. Small-business franchisees will bear the majority of the burden. ‘If they want to put in new products or change pricing or add new toppings, they have to buy new menu boards,’ said Jenny Fouracre-Petko, director of legislative affairs for Domino’s Pizza. ‘That’s where it gets expensive.’

It will also become confusing, as the boards must convey the calorie counts for the 34 million possible topping combination that the chain offers. Never mind that most customers order pizza over the telephone or through the Internet. Never mind that Domino’s already has an online calculator for weight-conscious customers to figure out calorie counts. Mr. Obama’s minions demand things be done their way.

The signage overload is also headed for grocery stores that feature items like fresh bakery goods and food bars. Store owners must either slap up the signs everywhere or label each individual product. The problem is that suppliers, ingredients and recipes constantly change. If a store wants to offer something different, it will have to cough up around $500 to ship the product to a lab for testing and certification. This ultimately affects the products stores will be able to offer consumers. ‘It forces you into a central kitchen,’ said Jennifer Hatcher, a senior vice president for the Food Marketing Institute, which represents 26,000 retail food stores. ‘It eliminates creativity and regional variation.’

Steve Forbes adds a tiny ray of hope, given that the Administration so far seems unconcerned about the needless costs and difficulties it is prepared to inflict:

The good news is that there is bipartisan legislation in the House and Senate to address this issue. The Common Sense Nutrition Disclosure Act of 2012 (H.R. 6174 and S.3574) ensures that grocery and convenience stores which already provide nutritional information on a high majority of their food items are not roped into a new set of regulatory burdens. And it permits restaurants to provide nutritional information in a way that makes sense for each individual operation. The bill also provides restaurants protection from frivolous class action lawsuits if the hand-made food does not match the exact specs every time. In other words, the legislation would replace a one-size-fits-all directive with an approach that actually empowers restaurant consumers without breaking the bank.

Even New York City, up to now the nannyist of nanny states, does not require this level of menu labeling. President Obama should order his regulators to show some sense.