ConservativeBlog.org
Posted at 07:11h in Articles, Blog by David Almasi 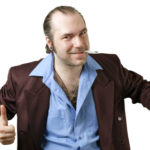 Stacy’s not saying that Obama is an addict, but that the President is acting like one in the way he is pushing his intended big increases in taxes and spending right now in negotiations with the nation’s other elected federal lawmakers.

Urbandictionary.com defines “dope fiend move” as “an act or effort by a drug addict to trick or mislead another person to gain advantage.”  But it’s not the sole domain of the addicted — it can also apply to when someone knowingly tries to con others into thinking their schemes are in the best interest of everyone when it is just for that individual’s benefit.

With America quickly approaching the fiscal cliff, a post-reelection Obama is now in bully mode as he targets conservatives in Congress.  While the President previously assured voters that he wanted to embrace bipartisanship and compromise — the “dope fiend move” — he is now demanding virtually unregulated authority to raise the nation’s debt limit, even more stimulus spending and more taxes than ever before.

Conservatives on Capitol Hill, however, seem to be wise to Obama’s con.  The Weekly Standard reports that Senate Minority Leader Mitch McConnell said he “burst into laughter” after Treasury Secretary Tim Gethner presented the White House’s proposal.  Spending cuts?  McConnell said there was “minimal or no interest” in pulling back on unbridled spending and reforming entitlement programs — that’s something the White House implies they are only willing to discuss after they get control of the cookie jar (and, subsequently, won’t have any reason to care about negotiations since they will then be holding all the controls). 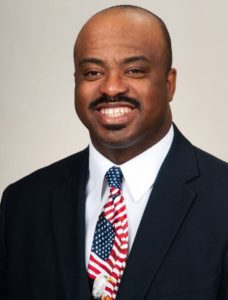 Stacy says this sort of con is common to him from his own upbringing.  It might be new to the vast majority of the American people, but he’s seem and heard about the dope fiend move before and all of the hurt it can cause.  And Stacy similarly doesn’t think it will end well for America if Obama’s con succeeds.

Growing up in the ‘hood, we would always hear the people talk about the “dope fiend move.”

A dope fiend move is best defined as manipulative or underhanded behavior from someone who is consistently dishonest.  While it’s not confined just to drug abusers, it is historically seen among addicts who would pretend to be in recovery in order to manipulate something from someone.

We’re seeing this kind of move right now on the national stage — with out economic future in the balance.  President Obama’s administration made an offer to in Congress that amounts to a dope fiend move.
Repeatedly, when Obama has wanted to appeal to moderate sympathies and play to an adoring media, he has championed the idea of bipartisanship and compromise.

Seeking reelection, he pretended to be in recovery from the my-way-or-the-highway politics he practiced over the past four years when he ignored the congressional authority to force administrative actions that had no constitutional standing.

Not only did the Obama Administration not offer what a reasonable person could consider a compromise, more was asked from the alleged rich and less from those who pay little or no taxes and whose benefits are a major factor in creating the economic crisis.

Obama now insists upon making it difficult for middle class business owners to keep their doors open and provide jobs for struggling families, while simultaneously pretending to be Robin Hood.

Most of all, the Obama tax hike and spending proposal will put countless American business owners in a position where they will not be able to afford to send their own kids to school, and their kids will also likely be less able to qualify for grants or loans.

This is class warfare in all its glory.  And it’s not going to solve our economic troubles — specifically those regarding entitlements that Obama appears all too willing to ignore.

Obama may not be addicted to dope, but there can be no doubt the compulsive addictive penchant for dishonesty can rightly be called a “dope fiend move.”

It renders those who he claimed to defend to a far worse predicament than before he became president.