ConservativeBlog.org
Posted at 01:09h in Blog by David Almasi

On December 16, President Barack Obama appeared to take the memorial service meant to honor the victims of the December 14 mass shooting in Newtown Connecticut down a decidedly political path.

Claiming that “[w]e’re not doing enough” to protect America’s children and that “we will have to change,” Obama exhorted: “If there is even one step that we can take to save another child or another town… surely we have an obligation to try.”

This political challenge is expected to be followed up in the coming days with gun control legislation submitted by his supporters on Capitol Hill. 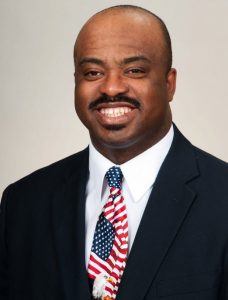 member Stacy Swimp thinks President Obama abused the power of the podium in Newtown on Sunday night, and that Obama may be using the tragedy to promote his agenda.  Stacy says:

When President Obama should be offering unconditional encouragement and sympathy for the families of the victims in the wake of the tragic Connecticut mass murder last week, it would seem that he once again proved his priority is to do what is in the best interests of a political agenda — endeavoring to strip American citizens of their liberty.

Obama is pushing the notion that the first responsibility of a nation is to protect its children.  He asserts we will be judged by how well we do.  I found that confusing in light of the fact he is a champion of Planned Parenthood and the nefarious genocidal agenda of the pro-abortion movement, which has resulted in the murder of millions of unborn children.

Additionally, the President offered what I consider a false promise by saying that he intends to do something to ensure this kind of tragedy never happens again.  How exactly does he plan to do that?

In subtle ways, the agenda that Obama promoted would weaken the ability of Americans to protect themselves against future attacks in schools or elsewhere.

I have never personally disrespected President Obama.  I have always focused on his policies.  But Obama stooped to a new low in this case.  He has confirmed to me that he is not only without respect for the inalienable rights of Americans, but that he is now willing to essentially mock God as he pursues an agenda that strips those rights from us.

I agree with those concerned with an excessive amount of violent crimes committed with firearms.  What I do not agree with is the false notion that tougher gun laws can or should be used to address the cause of the violence in this case: unaddressed mental health problems and misplaced values.

Guns are simply objects.  People with mental health problems and misplaced values use those objects to commit crimes.

Thus, I believe there is a real need for a revolution of values in an America that now prostitutes violence in movies, music, videos and even politics.  Moreover, we need to do a better job cultivating and developing new awareness and new critiques in relation to mental health problems plaguing our loved ones and friends.