Faces of Lawsuit Abuse has released its annual top ten most ridiculous lawsuits of the past year, compiled by polling its visitors. 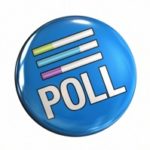 Of its top ten, I would have voted for these as the top three:

My #3: Michigan woman files $5 million suit for the leftover gas still in her repossessed car

My #2: Anheuser Busch sued when longneck bottle used as weapon in bar fight

And my #1: California restaurateur sued for alleged disabilities act violations in parking lot he doesn’t own

Go here to see all ten, and how visitors to the site voted.

A few lawsuits listed in the site’s monthly polls also struck me as particularly outrageous:

From August 2012: Woman sues county for not stopping her affair with police officer

From March 2012: Woman accused of stabbing roommate sues apartment building for not separating them

From December 2011: Convict sues couple he kidnapped for not helping him evade police

From August 2011: Woman sues after she hurts herself fleeing 4-pound Dachshund puppy

You can see the many amazing ridiculous lawsuits by browsing the monthly polls of recent years here.