ConservativeBlog.org
Posted at 18:07h in Blog, Environment and Enterprise Institute, Global Warming by The National Center

On New Year’s Eve, corks popped, champagne flowed.  Bubbles fizzed in soda pop, bubbled up in the beer.  We raised our flutes to the light and studied the bubbles. 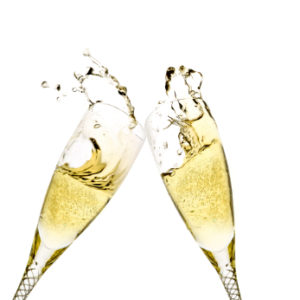 Carbon dioxide.  CO2.  The bubbles that cause so much trouble in climate-related policy debates tickled our noses before returning to the atmosphere in our sighs.

The room filled with warm bodies, sound waves and gases that comprise the atmospheric column, “air.” Approximately 78/21 nitrogen/oxygen, plus about 0.9% argon – a gas given off as rocks break down – equals about 99.9% of the air.

“Greenhouse gases” (GHGs) – generally credited with complementing the primary driver of climate, the sun, and preventing the Earth from being just another frozen rock in space – contribute that last 0.1% – or 1,000 parts per million.

The most abundant GHG is good old H2O. It’s highly variable by altitude and region and can render “air” dry, humid or steamy; full of clouds or clear.  H2O falls to the Earth as rain, hail, sleet, snow and ice. The other GHGs include carbon dioxide CO2 at about 0.04%, or 400 parts per million, methane CH4 at about 0.0002%, 2 parts per million.  Add a smidgen of nitrous oxide, a pinch of ozone, and various chlorofluorocarbons. And that’s about it.

These gases, some pollen, dust mites and other minutiae we can’t see, mingled in the atmosphere – the air – in which we humans partied on New Year’s Eve.

The gases jostled for position in the atmospheric column, their fates determined by abundance, energy and density. They collided into the walls, popped along the ceiling, jitterbugged by our party shoes and in and out of the crystals on the chandelier.

The humans inhaled oxygen, exhaled CO2 until it rose from 400 to 1,000 parts per million.  Someone yawned, another cracked a window.  The cool, crisp night air and the scent of wet grass flooded in over the window sill.  The gases mixed and mingled and CO2 levels in the room dropped by half.

Humans are part of this relentless CO2 cycle, even when our carbon atoms are buried in the soil; or cremated and disbursed over the oceans or carried up to heaven – added to the EPA’s national inventory of GHGs.  Ashes to ashes.  Dust to dust.  Carbon to carbon-neutralized.

Hangovers dissipated a few days later, the party guests idled in new year’s traffic, emitting CO2 from their bodies and H2O and CO2 from their tailpipes, visible as steam in the cold air.

Frozen GHGs, ice and snow, lined the road and crunched under boots.  Some melted and released vapors of H2O, CO2, CH4 into the atmosphere. Liquid H2O rolled down the street while some remained stoically solid until spring thaw.

Sunlight streamed through the shrubbery and carbon atoms were converted into feasts for leaves and blades of grass.  CO2 atoms collided with leaves rotting to compost, contributed to life below ground, undisturbed for perhaps tens of millions of years.  Carbon in the garden.

Trails of GHGs crisscrossed the sky, cooling and cascading from planes shortcutting the poles, where the troposphere hangs low and close over the ice at 30,000 feet – about half the height found at the Equator.

Dance Of The Greenhouse Gases

As the sun broke the Arctic darkness. Warmed GHGs steamed upwards, but persistent cooling forced them back to the Earth again and again.

GHGs were encapsulated in the most abundant GHG’s liquid and salty form, the H2O of the oceans – or were laid to rest as bubbles buried in layers of a frozen GHG, H2O.  Once a vapor, then a liquid, now a solid.

Over and over, layer after layer, patterns were made of the dance of the greenhouse gases, all captured together and forced by temperature, temporarily, to be still.  Be quiet.  Rest.

Consider this when you watch children make snow angels in the frozen sheets of GHGs covering the park. 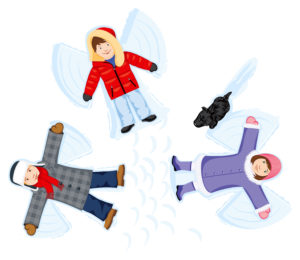 Contemplate on this with your next toast, when you admire the bubbles rising in your champagne flute or clink the frozen cubes of GHGs in your glass.

Take just a moment to weigh all the troubles supposedly caused by the GHG bubbles.

Then bow your head in humility to this Grand Design, the creation of the process by which greenhouse gases contribute to the joy that is –what we wish you – a peaceful, prosperous and healthy life on Earth. 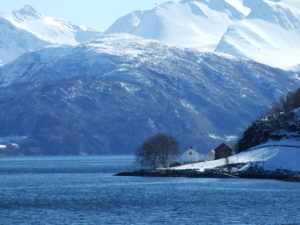