ConservativeBlog.org
Posted at 17:56h in Blog, Environment and Enterprise Institute, Global Warming by The National Center

Just after Thanksgiving weekend 2012, more than 17,000 people gathered in Doha, Qatar to contemplate a new and improved United Nations’ “climate change” treaty.  Negotiations stalled – but a new bank account was established for the purpose of transferring more of your tax dollars overseas.

The Doha meeting was yet another attempt to enhance the power of one of the Agenda 21 treaties, the UN Framework Convention on Climate Change (UNFCCC) treaty, originally unveiled at the United Nation’s Earth Summit extravaganza held during a week in Rio in 1992.

The UNFCCC defined “climate change” as:

a change of climate which is attributed directly or indirectly to human activity that alters the composition of the global atmosphere and which is in addition to natural climate variability observed over comparable time periods.

The treaty committed governments to educating citizens about man-made – but not natural – changes in climate and to engaging Non-Governmental Organizations (NGOs) in this task. The same bias was incorporated into the UNIPCC’s mission:

to assess on a comprehensive, objective, open and transparent basis the scientific, technical and socio-economic information relevant to understanding the scientific basis of risk of human-induced climate change, its potential impacts and options for adaptation and mitigation.

The UNIPCC is not required to present atmospheric research beyond its guiding principle to “assess” the theory of human-induced climate change. The UNIPCC was boxed into a bias from the beginning, adding to general confusion related to climate science. 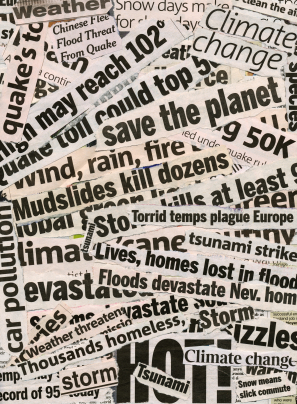 Over time, amendments to the UNFCCC treaty set targets and timetables for reducing greenhouse gases (GHGs) produced by human activity. H2O, water vapor, the most abundant GHG, was exempt from regulation – as were developing countries.

Some of the admendments (Kyoto Protocol) expired at the end of 2012. Attempts were made in Doha – which  continue – to deliver more by 2015. Proposed amendments to the UNFCCC include firm targets and timetables for reducing GHGs, fines (taxes) and forced purchases of UN Certified Emissions Reductions (UNCERs) – transforming the UNFCCC into a “cap and tax” and “mandate to purchase” treaty.

Developing countries remain exempt from any targets, fines or financial contributions – but benefit from billions of dollars in grants for any project tied to a changing climate – and climate changes a lot.

Predictably, they are enthusiastic.

Yet another UN funding mechanism was unveiled in Doha, the “Adaptation Fund” (AF).  The AF would grant money for climate-focused “adaptation and mitigation” projects (lots of sea walls, solar panels and wind turbines) in developing countries.

The delegates in Doha clamored for US$100 billion per year for the Adaptation Fund (AF).

By New Year’s, the proposed Doha amendments to the UNFCCC were sputtering badly.

While the Canadian government sent delegates to Doha, Canada officially left the process a year ago, explaining that it “would have to pull every truck and car off the street, shut down every train and ground every plane” to reach the targets.  Japan, Russia and New Zealand withdrew from discussions in Doha; Belarus, Ukraine and Kazakhstan supported them.

Secretary of State Hilary Clinton and President Obama committed full support for the Adaptation Fund at the UN climate meeting in Copenhagen in December 2009. But at the beginning of 2013, as Congress struggled to stop the US from falling off its own “fiscal cliff,” both were silent.

Waitresses, schoolteachers, lawyers and truck drivers, who pay the federal income taxes required to support all this, have yet to comment.

Qatar is the world’s richest country with a GDP of almost US$100,000 per person per year.  It’s also an oil country that runs its air conditioners non-stop and desalinates its water, contributing 61 tons of CO2 per person per year, more than triple that of a US citizen. 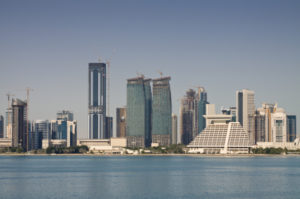 So the choice of Doha for a meeting about reducing greenhouse gases (GHG) such as carbon dioxide CO2 is interesting.

They’re in all the best places too: Northern California and Zimbabwe’s Victoria Falls in February; Wellington in March, a wonderful time of year in New Zealand; Morocco in April before the crowds arrive.  Dublin in July; Sao Paulo in August; Buenos Aires in September. Spain in November, beautiful Bali in December.  Fantastic.

Do they really need all those meetings?

17,000 participants traveled hundreds of thousands of air miles to the Doha Sheraton Resort and Convention Hotel.  It is estimated  that, in two weeks, this one meeting released almost 50,000 tons of CO2 into the atmosphere, about what a town of 17,000 would emit in a year.  It is unclear how much water evaporated from Doha’s swimming pools during the meeting, contributing more H2O to the atmosphere. H2O is the most abundant GHG. The EPA and UN are not tracking this GHG — yet.

The UNIPCC is not a fan of air travel, stating:

Aircraft emit gases and particles directly into the upper troposphere and lower stratosphere where they have an impact on atmospheric composition. These gases and particles alter the concentration of atmospheric greenhouse gases…trigger formation of condensation trails (contrails); and may increase cirrus cloudiness – all of which contribute to climate change.

Yes, clouds contribute to changes in climate. How the UN will regulate cloud formation is anyone’s guess but, given enough meetings, they’ll figure it out!

For now, to reduce the impact of clouds on the planet, the UNFCCC urged participants to purchase its carbon “offsets,” its very own UN Certified Emission Reductions (UNCERs).  The UK delegation of 40 bought some, another very generous donation by the UK taxpayers. The UN thanks you.

Each UNCER equals 1 ton of CO2 and can be traded and sold – the “trade” part of “cap and trade/tax.”  Funds raised by countries or traders buying UNCERS – or UN agency “purchasing them internally as part of their “carbon offset” plans – underwrite UN agency grants made to projects approved by the UN’s Clean Development Mechanism (UNCDM).

Good luck to any accountant trying to track the bookkeeping entries related to this nightmare!

By the time the delegates left Doha in December, all the bank account signature cards had been signed on the newly-formed UN Adaptation Fund (UNAF) and it was freshly seeded with $30 billion transferred from the UNCDM.

The UN’s Global Environment Facility (UNGEF) was tasked with doling out the money and tracking each UNCEF-approved project by costs, country and focus.

The UNGEF retains a 10% commission on each UNCER/UDCDM-related project.  So we’ll lose another $3 billion to UN overhead there.

You can actually track this “transparent” – but very confusing – process online and follow the billions granted to date for the climate change treaty projects at www.gefonline.org.  Note that “co-financing” usually refers to World Bank grant money. Taxpayers donated all this too.  The new UNAF account’s financial details are just beginning to accumulate.

While Doha may be remembered as the UN meeting that failed to generate yet another UN agreement, it was a complete success in another way: it successfully set up a new bank account for transferring your money overseas.

Doha – forever to be known as Dough-Ha-Ha!

Teresa Platt is the Director of the Environment and Enterprise Institute at the National Center for Public Policy Research.
Photos: iStockPhoto.co