ConservativeBlog.org
Posted at 20:45h in Blog by David Almasi 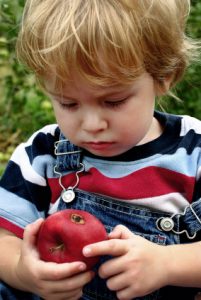 Head Start is the big government preschool program allegedly providing specialized “comprehensive services” to young kids and their families covering everything from the ABCs to nutrition.

In many ways, Head Start has become an entitlement that cannot be touched.  It’s funding — over $180 billion since 1965 — is considered almost sacrosanct by liberal politicians in the same manner they all but refused to look at the problems inherent in Social Security and Medicare.  Those who want real reform, or at least want more prudent spending, are demonized as anti-child and their concerns to be “extreme.”

Yet a critical study compiled by the U.S. Department of Health and Human Services — the federal department actually overseeing [http://www.acf.hhs.gov/programs/ohs/] Head Start (despite the existence of the Department of Education) — was quietly released on the last workday (and a Friday at that) before Christmas.  The study reported that the hallowed program might not really work that well at all.

The report found, according to an assessment by the Heritage Foundation:

[B]y third grade, the $8 billion Head Start program had little to no impact on cognitive, social-emotional, health or parenting practices of participants.  On a few measures, access to Head Start had harmful effects on children.

So, nearly a fifth of a trillion dollars has already been spent on a government program that is — if anything — having a detrimental effect on child development.  Worse still, there’s no likely end in sight to this broken big government fiasco. 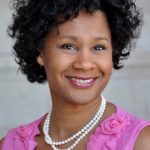 This is appalling to Project 21 co-chair Cherylyn Harley LeBon.  Cherylyn, a mother of school-age children, says:

Head Start was one of President Lyndon Johnson’s Great Society programs, and it was part of that Administration’s concept of investment in education.

Now, we are discovering that — after 48 years and $180 billion — it has not been a wise investment.

This investment has not yielded good results for poor, inner-city children — the ones who need the resources most and want the preschool preparation in order to succeed in school.

As a mother of two small children, my initial reaction was that this is yet another government program failing our children and keeping them on the “government plantation” — both physically and mentally.

After the release of the study, the National Head Start Association claimed: “What the Impact Study clearly shows is that Head Start does its job — it gets at-risk children ready for Kindergarten in every aspect that the Study measured.”

I disagree with their assessment.  This study only reveals that, in almost 50 years, this federal government experiment has failed to produce results and left the taxpayers paying the bill.

In the words of President Obama, who claims that our measure of determining which education program to fund: “It’s not whether an idea is liberal or conservative, but whether it works.”

Let’s hope he takes his own advice.