ConservativeBlog.org
Posted at 16:02h in Articles, Blog by David Almasi 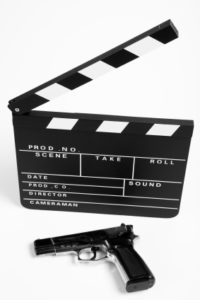 There is merely lip service being paid by some politicians about how movies, television and video games might contribute to the culture of violence that has lead to so many shootings these days.  And that’s considered bad enough.  The pushback from Big Entertainment and its supporters is intense.

In the wake of the Newtown shooting, President Obama is demanding gun control legislation from Congress immediately.  Unwilling to wait for the legislative process our nation is based upon to even begin, Obama quickly issued executive orders meant to make it harder for people to own guns and easier for the government to track those who have them or want them.

One thing Obama still hasn’t adequately addressed is the culture and how games and Hollywood could do their part by marketing less violent fare.  Why?  It likely boils down to politics and money.

An unnamed liberal strategist in California told the Washington Examiner in early January that asking Big Entertainment to tone it down would be a poor political move by the White House:

It’d be like giving Hollywood the finger.  “Thanks for all those fundraisers.  Now let me demonize you for one of our nation’s greatest tragedies.”  I don’t think the President has any appetite for that kind of hypocrisy.

But, by all means, go after the 2nd Amendment, people who lawfully use guns and stores that lawfully sell guns and ammunition.  There’s no hypocrisy there.

Just because movies, TV shows and games make guns look cool certainly would never make someone want to emulate the cool stuff they see on-screen.  No one ever does that!

Hollywood producer Lorenzo di Bonaventura, for example, said: “Sane people know the difference.”  Arnold Schwarenegger struck a broader tone, when he added: “It’s finger-pointing.  I wouldn’t just go pointing at the NRA that it’s their fault.  Or video games.  Or gun manufacturers.  The reality is, it’s a very complex issue.”

It’s also because di Bonaventura and Schwarenegger were out promoting their new film “The Last Stand,” which features Arnold on the movie poster firing a really big machine gun.

Time magazine published an essay by Christopher J. Ferguson, a psychology professor and novelist at Texas A&M International University (not the world-famous one in College Station, but the affiliate in Laredo) who fancies himself as a “video game violence researcher.”  Ferguson wrote: “There is no good evidence that video games or other media contributes, even in a small way, to mass homicides or any other violence among youth.”

I say “Bullet to the Head.”

Coincidentally, there is a new movie and a new video game with that same name.  They collectively throw a lot of doubt on Big Entertainment’s see-no-evil-hear-no-evil defenders.

The starkness of the title kinda blunts any attempts at obfuscation, dontchathink?

First, there’s the movie that opens today.  Sylvester Stallone appears to play a hit man who is rescuing his daughter from bad guys who are apparently more evil than someone who kills for a living.  The trailer for the movie is full of guns.  The first few moments has a bullet traveling out of the trailer and at the viewer (oh, for the want of 3-D YouTube!).

Granted, there are also explosives, axes and fisticuffs at play — so it’s not just guns.  Let’s be fair.

Don’t miss out on this heartfelt post-execution exchange in the trailer:

Sidekick: “You don’t just kill a guy like that.”

But that’s nothing.  The video game is even worse.

Produced after Newtown and in response to the NRA pointing out the violent excesses of Big Entertainment, some game designer (who has yet to reveal their true identity) is pushing a game called “Bullet to the Head of the NRA.”  It’s a pretty simple game: kill NRA president David Keene with a sniper rifle.

According to a report from the Daily Caller, the person who developed the game said he wanted to see NRA officials such as executive vice president Wayne LaPierre “wet his pants on television and bitch about being victimized in a video game.”  An apparent fan of the game posted this on-line about the thrill of killing LaPierre:

I really want to shoot Wayne in the head in a video game because I’m pissed about how he and others on his side have blamed violence on video games.

So this guy is looking forward to killing on-screen.  Fine.  But there are people who now really want to do harm to NRA officials and their families in real life.  Keene told the Daily Caller that he’s received plenty of death threats, and so have his kids — directly, not through threats to the father.  Keene, to be fair, didn’t indicate if the aspiring killers would use guns or other weapons.

Are those who were profoundly affected by what happened on Newtown now taking up arms against the NRA?  That’s not clear.  Are there people who love violent video games who want to at least present to kill David Keene and Wayne LaPierre with firearms?  Absolutely!

Yet it’s those who lawfully use and sell guns and ammunition who are demonized.  Go figure.