ConservativeBlog.org
Posted at 16:05h in Articles, Blog by The National Center

The USA ranked Number 10 in the 2013 Index of Economic Freedom prepared by the conservative Heritage Foundation and the financially astute Wall Street Journal.

Designed for the computer age, the Index features interactive graphs and charts.  Seriously, your kids are going to love this!

But it’s not simplistic.  There’s plenty in here for adults and economists.  The online site includes an 8-chapter digital book which further explores the Index, explaining:

Countries with higher levels of economic freedom substantially outperform others in economic growth, per capita incomes, health care, education, protection of the environment, and reduction of poverty, according to data collected for the 2013 Index of Economic Freedom.

Where Do Free People Live? 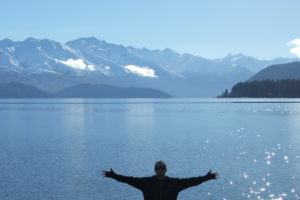 Congratulations to Hong Kong, Singapore and Australia!  Their people earned the top three slots in the Economic Freedom Index.

Even with all the discussions about reform in “capitalist” Communist China, it’s still not very free, ranked way down the list at #136:

The legal and regulatory system is vulnerable to political influence and Communist Party directives.  The party’s ultimate authority throughout the economic system undermines the rule of law and respect for contracts.  Corruption is widespread, and cronyism is institutionalized and pervasive.  Although leaders occasionally embrace market principles that could enhance efficiency and ensure long-term competitiveness, genuinely liberalizing economic reform has largely stalled. 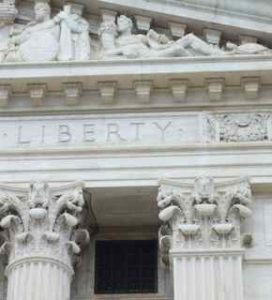 You’ll want to read the full section explaining why the U.S. ranked poorly at #10.  Here’s a sobering snippet:

Registering a loss of economic freedom for the fifth consecutive year, the U.S. has recorded its lowest Index score since 2000.  Dynamic entrepreneurial growth is stifled by ever-more-bloated government and a trend toward cronyism that erodes the rule of law.  …Restoring the U.S. to a place among the world’s “free” economies will require significant policy reforms, particularly in reducing the size of government, overhauling the tax system, transforming costly entitlement programs, and streamlining regulations.

You knew it was bad.  Now you have proof!

You’ll want to play with the “Economic Freedom Heatmap” function of the report. It illustrates, by color and country, how economic freedom can run hot and cold.

The Heatmap tracks ten components of economic freedom and assigns a grade in each using a scale (0 to 100) with 100 representing maximum freedom.

As Heritage and The Wall Street Journal explain:

This grading system is then turned into colors so it’s a snap to use the Heatmap function to compare countries visually.

It makes sense that individual fiscal freedom declines as government spending soars, shackling citizens to  burgeoning debt and dragging everyone, inevitably, off a fiscal cliff.  U.S. citizens are clearly, as seen in color on the interactive Heatmap, becoming slaves to the burden of an oppressively large government structure.

Toggle back and forth on the Heatmap between fiscal freedom and government spending.  Surprisingly, even the former Soviet Union (Russia) looks better in this area than the U.S.

The Economic Freedom Index is something you’ll want to share with your friends around the world, especially with teachers and the computer whizzes among us – the younger generation.

My only complaint about the Index is that it doesn’t track by state.  I’d love to see how California compares to DC and Texas.  Wouldn’t you?