ConservativeBlog.org
Posted at 09:15h in Blog by David Almasi 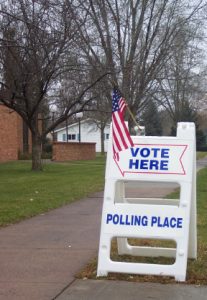 Actress Lena Dunham thrilled the liberal masses with a pre-2012 election video in which she double-entendred her way through a monologue likening her 2008 vote for Barack Obama with being deflowered.

A blog recently called out Dunham — the creator of and actress in the critically-acclaimed HBO series “Girls” — as a hypocrite for acting as a voter advocate despite not having registered to vote or voting in 2004 or in any subsequent pre-2008 election despite being of legal age.  To make matters worse, the Room 8 blog reported that Lena Dunham registered in Brooklyn (she lived in Manhattan before she became famous) did not vote in the 2012 election.

Calling out Dunham as a poser, the blogger suggested:

When it comes to voting behavior, Ms. Dunham is almost exactly the role model the right wing should want her liberal generation to follow.

Did Dunham spurn her first love?  Apparently not, but what she claims she did questions New York ballot security and would make her more of a role model for the liberals than the Room 8 blogger ever imagined (just in a different, less distinguished way).

According to a subsequent report posted by the Los Angeles Times, Dunham claims she did vote — just not in Brooklyn.

Dunham says the process of getting an absentee ballot was too difficult for her.  She called the process “a steampunk cornmaze” (it’s a science fiction hipster thing, you wouldn’t understand).  So the dutiful Dunham got in an ozone-depleting, global warming-causing jet and flew back to the Big Apple to cast a ballot.  But she voted at the polling place where she voted before her move to Brooklyn.  She said:

I wasn’t sure if my change of address had officially been registered so I went to my old polling place with my dad, where they let me vote by affidavit (what was totally allowed).

It may have been “totally allowed” by the poll workers in Manhattan, but why would she even think for a second it was legal?  She no longer lives with daddy.  She moved to Brooklyn.  She obviously remembers registering to vote in Brooklyn.  It’s unclear if she was purged from the voter roll at her old address, but that is what should happen in a perfect world (but what liberals sue to keep from happening).  This safeguard would keep Dunham from voting twice, or keep someone from voting in her name at either address, and thus nullify the vote of law-abiding citizens.

But the current toast of the Hollywood elite apparently couldn’t be bothered with even crossing the East River to try to vote where she is registered.  And after she flew all the way to New York City to make sure she didn’t disappoint Obama.

In a perfect world, Lena Dunham would be prosecuted for vote fraud.  She lives in Brooklyn, is registered to vote in Brooklyn and had no right voting in Manhattan.  It’s an open-and-shut case.  But she likely won’t face charges.  It’s not like her vote was the one that tipped New York in Obama’s favor or anything.

It’s the principle of it all.

Dunham’s lame excuse, however, seems to prove the obvious message one gets from her TV show that young people are slackers.  In her case, she (or, more likely, her on-set personal assistant) couldn’t figure out the absentee ballot process and she apparently didn’t want to have to wait in possibly two lines on Election Day.  She took the easy way out.  That was wrong.

At least Dunham didn’t blatantly abuse the system like former congressional candidate Wendy Rosen, who did vote in the two places where she was registered and now faces up to ten years in jail for her fraudulent behavior now that its been uncovered.

All of this is a painful reminder of how permissive our electoral system is being abused by the fraudsters.

The blogger at Room 8 contacted us to mention that there was a special exception on Election Day 2012 that allowed Lena Dunham to vote in Manhattan.

Because of Hurricane Sandy, Governor Andrew Cuomo issued an executive order that allowed people to vote at any polling place as long as they submitted an affidavit regarding their identity.  According to data posted by Room 8, just under ten percent of voters in New York City took advantage of this allowance.

But, as Room 8 pointed out, [c]ounting such ballots takes a lot of time” and creates “a logistical nightmare” because the wayward ballots required intense scrutiny past the races for president and U.S. senator.

So, while it was legal for Dunham to vote with daddy in Manhattan, I contend it was still disingenuous to the electoral process and elevates her near the level of other celebrities who adovate voting but just don’t get it right.  If she was aware of the Cuomo order, she could have voted at her local Brooklyn polling place whether she was on the roll there or not — saving her a probably perilous and unnecessary trip into Manhattan.  As it happened, her votes for non-federal offices may have been lost in the confusion.

Whatever the case, she cannot say that this time was as satisfying as the first time.