ConservativeBlog.org
Posted at 13:07h in Articles, Blog by David Almasi 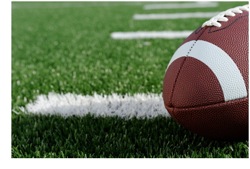 A small group of former football players has put together (or perhaps just appeared in) what they call (or the politicians’ offices exploiting their fame calls) a “public service announcement” on gun violence.

In it, the football players “demand a plan” to end gun violence. Here’s the entire ad:

MARSHALL FAULK: How many more schools?

MICHAEL IRVIN: How many more half-time moments of silence?

EMMITT SMITH: For the children of Sandy Hook Elementary.

DEION SANDERS: You can’t win without a plan.

EMMITT SMITH: I chose the game.

MICHAEL IRVIN: I played the game.

DEION SANDERS: This — right here? — oh baby, this is not a game.

MARSHALL FAULK: It’s time for our leaders to do something.

How helpful. Why, without this ad, no one would ever have thought of this. Not.

The press contacts on the press release bragging about this waste of humanity’s time are the offices of the mayors of New York and Boston.

I’m feeling sorry for the taxpayers in those cities, so, here, former football guys, is a plan. You, as former football guys, are looked up to by large numbers of young people. Use that influence for good. Use your PSA, speechmaking and interview opportunities to send these young people a message. Tell them to get married before they have kids, stay married, provide stable homes, plenty of love, and, to their best of their ability, teach and model for their children good ethics and good values.

Carried out, this plan would do more to prevent future gun violence than any new gun control law ever could.

So there’s the plan you asked for, guys. If you actually care about gun violence, model these behaviors and advocate them to young people.

If you really care.

P.S. Same goes for you, mayors.