ConservativeBlog.org
Posted at 12:54h in Blog, Health by David Hogberg

Yesterday the Richmond Times-Dispatch reported that

The General Assembly has now affirmed Gov. Bob McDonnell’s decision to order state agencies to cut back part-time employee hours to no more than 29 a week to avoid triggering a requirement under the federal law to provide health insurance.

A Republican who is trying to get around paying for ObamaCare by reducing employees’ hours?  Where was the left-wing outrage?  Narry a peep from the usual suspects like the Huffington Post or Salon.

Things were sure different about two months ago when Papa John’s, Darden Restaurants, and Denny’s announced that they were considering similar cut-backs due to ObamaCare.  Then the left was in full-throated apoplexy. 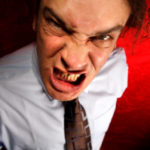 “The Corporate Blackmailing Of America Is Now All the Rage” one pundit ranted.  A little later, other liberal pundits were filled with glee to learn that the “brand names” of these companies supposedly took a hit due to the ObamaCare fall out.

Papa John’s CEO, John Schnatter, took the brunt of the criticism because he was a supporter of Mitt Romney.  My favorite piece was by Prachi Gupta of Salon, who wrote an article about Papa John’s with the sub-headline: “CEO John Schnatter insists that the Affordable Care Act necessitates price increases. Experts disagree.”  Isn’t it nice when there are experts out there that know the costs that businesses will incur better than the people who actually run those businesses?

Regardless, though, the question sill remains: why no lefty outrage over what a GOP Governor Bob McDonnell is doing?

Perhaps the best explanation is that the evidence is beginning to pile up that this is not just a Republican CEO “thing.”  Other companies like Krispy Kreme, Frish’s (Bob’s Big Boy), and a Wendy’s franchise are also considering cutting back on employee hours.  Interestingly, various colleges and universities are looking at doing the same with their adjunct faculty.

There is even preliminary evidence from Bureau of Labor Statistics data.  As my former colleague Jed Graham noted for Investor’s Business Daily:

The fly in the ointment of January’s jobs report was the apparent shift to part-time work ahead of a key ObamaCare deadline.

The explanation? Rank-and-file retail workers logged the shortest workweek since early 2010: just 30.1 hours, on average, vs. 30.4 in December….

A similar trend showed up in leisure and hospitality: January payrolls rose by 23,000 even as aggregate hours dipped 0.3%.

Reading over all the lefty outrage from a few months ago, it wasn’t clear that there was much understanding of what, exactly, ObamaCare requires of businesses. To be clear, business with 50 or more full-time employees (full-time defined as working 30 hour or more per week) must either buy their employees insurance or pay a fine.  If they pay the fine, they have a choice to pay whichever is less: 1. (The number of employee – 30) multiplied by $2,000; or 2. The number of employees who qualify for insurance on an exchange multiplied by $3,000.  Either way, those costs have to be paid.

Or shifted.  Businesses can try to reduce their number of employees to under 50 or reduce their employees’ hours to less than 30 per week.  In other words, the costs are shifted onto the employees in the form of fewer jobs and less work hours.

Perhaps the left is no longer outraged because evidence is piling up that, indeed, ObamaCare is going to have a very unpleasant effect on the U.S. labor market.