15 Feb 2013 Leftist Journalists Tout Exposure of Decade-Old “Dark Money,” But May Instead Have Revealed Their Own Collusion with a Federal Agency that is Supposed to be Neutral and Guard Our Privacy

ConservativeBlog.org
Posted at 11:47h in Articles, Blog by Amy Ridenour 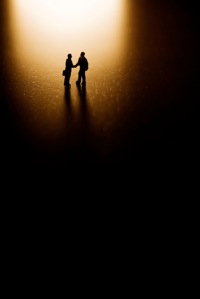 Maybe, but not in the way the left thinks.

The left’s “scoop” is that it got a list of who donated to an apparently 100% legal charitable group called the State Government Leadership Foundation in 2003 and 2004.

But as I’ll show in a minute, the real scandal may be in how the information came to be released.

Salon, and the outfit that really wrote the piece, the left-wing ProPublica, lists some of the group’s activities from 2011 in its breathless piece.

The idea is to associate the 2003 and 2004 donors, who are big bad corporations who give people jobs and make products that make our standard of living, and sometimes our very lives, possible (for shame!), with the group’s activities in 2011. Activities that were — prepare yourself, it’s shocking — right-of-center!

And then there’s the key-but-fake phrase “dark money.” What that really means is that, under the law, the group is a charity that doesn’t have to list its donors publicly, even though the left wants them to. That makes the donors “dark.” Dark donors. And dark donors are bad.

According to the left.

But in fact the “dark donors” aren’t bad at all. The group is organized under 501(c)(4) of the tax code, having applied for this status relatively recently (which is important, as this post will soon make clear). The group is not required to list its donors. Not the ones from 2003, nor the ones from 2013, according to a law I don’t believe Barack Obama or Harry Reid or Nancy Pelosi is trying to change.

They aren’t trying to change it because, you see, there are very many left-wing 501(c)(4)s. They don’t make their donor lists public, and Obama, Reid and Pelosi like it that way.

(The left has “dark” donors, too, but the right doesn’t call them “dark.” It would be pilloried on MSNBC for “racism” if it tried.)

What the leftists do is find a way — by hook or by crook — to expose the names of donors to right-of-center groups while keeping the identities of donors to left-wing groups secret. The have-its-cake-and-eat-it-too system.

And they also keep what may be their own dark secret — collusion with a federal agency that is supposed to be neutral.

My husband pointed out something very interesting to me today. It’s a 2012 letter from 11 Republican Senators to the Internal Revenue Service. In it, the Senators, led by Orrin Hatch (R-UT), ask the IRS why it is demanding that groups requesting 501(c)(4) tax status (as the State Government Leadership Foundation recently did) be required, against prior practice, to list its donors. The Senators also ask some specific questions about why the IRS is doing what it is doing, where the law authorizes the IRS to request this information, and other rather interesting questions. And the Senators also remind the IRS that Congress has long sought to protect the identity of donors to charitable institutions, because “the public release of private donor information exposes citizens to possible harassment and intimidation by those who oppose the goals of the charitable organization.”

Of course, the IRS knows donors can be harassed. As in being called “dark,” and having ProPublica and Salon and others of their ilk release their names to the public as if they had done something wrong, or even done anything at all, recently. But no matter, as ProPublica and Salon got the information they revealed as if it were scandalous from the IRS itself.

It seems the IRS will guard your private information if it is on a tax return, but if it requests it without necessarily having statutory authority, well, then it can give it to the left.

Which knew to ask for it. Somehow.