ConservativeBlog.org
Posted at 11:31h in Articles, Blog by Amy Ridenour 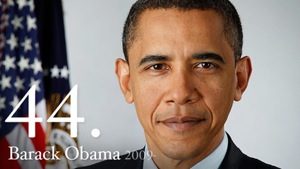 As readers of this blog know, I sometimes go over to the Diversity Inc. magazine website for a look at the views of race-obsessed people.

More often then not, I find something surprising, as in a column I read today that explains who is qualified to be called “African-American,” and most important, who is not.

Apparently, the term “African-American” is exclusively to be used to describe the “descendants of enslaved Black people who are from the United States.”

Likewise, if you were born and raised in Africa and moved to America, you are not “African-American.” This is because you (presumably) did not have a black American slave ancestor. If you want to have a special name, you have to call yourself a “insert-country-name-here”-American. This is true regardless of what your race(s) might be.

A black lady I know very well was born and raised in Ghana and moved here when she was 30 and became an American citizen. I will have to let her know that she, her husband (also from Ghana) and their daughter (born in the United States) are not African-Americans, because I’m pretty darn sure she thinks they all are, and I doubt very much it is a mistake she’d wish to make in a public setting. (She’d probably never live it down.)

She thinks President Obama is African-American, too, and Diversity Inc. magazine would have her know she’s wrong about that as well. Even his black half isn’t. His daughters, however, are half African-American, because some of their mother’s black ancestors were slaves in America. Some of their mother’s ancestors were white, too, but we don’t count them.

The article makes very clear that if your ancestor was an American slave who was white (which did happen in the early years), or an indentured servant, you do not get a special name. In fact, it is “insulting” to the author of the Diversity Inc. column that you might think you should get your own special hyphenated name. What do you think, special names are free? Or that being a white slave in a prior century is as bad as being a black slave in a prior century? (You have a lot to learn about being race-obsessed, I can tell you.)

One thing I wonder is if we have the term “African-American” only for descendants of black slaves who were enslaved in the United States, why don’t we have hyphenations for people whose ancestors suffered likewise ghastly fates? For example, shouldn’t a child who survived a Nazi concentration camp when his parents did not, upon moving to America, be called a “Holocaust-American” or something similar? Surviving a concentration camp in which your parents die has to be as bad as having ancestors who were slaves 150 years ago, and we can’t claim no American complicity in the Holocaust, either — Franklin Roosevelt could have let a lot more Jews come to America in the 1930s than he did. There are people alive today who voted for Roosevelt (maybe they should be called “Bad-Americans”?), while there is no one alive today who voted for slavery. So there’s kind of an immediacy to the moral problem with Holocaust victims that the progeny of slaves many times removed just don’t have.

Furthermore, in the interest of label integrity, I think we should have debits. That is, if you are descended from one black slave enslaved in America and one white slaveowner who enslaved in America, you’d lose half the right to be called African-American. You’d just be “Afri-American.” If two slaveowners and one slave, then an “Af-American.” We’d have to work out all the permutations, but it is kind of important that we do so. It just doesn’t make any sense to count the blameless suffering of one’s ancestors if we don’t count the moral culpability of our other ancestors as well. Truth in labeling and all that.

This whole area of scholarly study was a surprise to me. As I recall it, the day Jesse Jackson announced that black people henceforth were to be referred to as “African-American,” he didn’t mention all these arcane rules as to who qualified and who did not. I guess he was waiting for the owner of Diversity Inc. magazine to codify the regulations, and, thank goodness, he has stepped up to the plate.