ConservativeBlog.org
Posted at 09:51h in Environment and Enterprise Institute by The National Center

But some environmental groups argue that the label is misleading, and that as more retailers promise to sell only sustainable-labeled seafood, the program is certifying fisheries that don’t deserve it.

Eco-labeling schemes like MSC’s add additional layers of bureaucracy on retailers, farmers and fishermen while passing on costs to consumers.  These programs also ignore the fact that fishermen already participate in taxpayer-funded government management regimes ensuring the long-term health of fisheries. 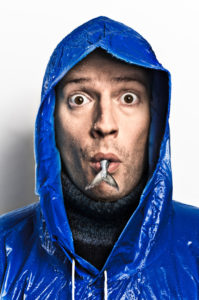 So seafood lovers buying MSC-certified fish pay twice – once to government in the form of income taxes and again at the checkout counter where, hidden in the price, are fees paid to “green” certifiers and logo licensing agencies like MSC.  This explains why “certified” swordfish can cost $18.99 a pound instead of $15.00.  Another fisherman in the very same fishery, working under the exact same management regime, can sell his fish for less two doors over.  His fish is every bit as good and, when you buy it, you’re not supporting Big Green.

After years of “green” campaigners wailing about overfishing the oceans, it was inevitable that some “green” corporation would step forward and offer to certify product as sustainable.  For a fee, of course.  Eco-labeling or eco-extortion? Or just another tax-free way to shelter profits?

NPR’s report revealed the size and scope of the MSC program:

MSC says its system has certified more than $3 billion worth of seafood, representing at least 8 percent of the world’s annual seafood catch.

But MSC own financial reports reveal it closed 2012 with 275 fisheries in its program, representing 10 million tons of seafood, fully 11% of the annual global catch:

Total group income in 2011/12 was £15 million [US$23M] compared to £12.8 million [US$20M] in the previous year, a 17.6% increase.  For the first time, incoming resources from charitable activities (that is, logo licensing revenue) exceed the contributions from foundations and trusts in the USA, Europe and UK.  The percentage of logo licensing income compared to total income increased to 56% (2010/11 49%).

Costco, Target, Whole Foods, even McDonald’s, have all bought in and are paying licensing fees to MSC – well, technically you are – while hoping to carve out a marketing advantage, praying that a simple logo on a can or filet of fish will make all the negative green attack campaigns just go away.

Naïve, at best.  There is always someone further left, always a critic.

But pity the fisherman caught in the middle of this muddle.  NPR reveals he pays too, in both time and treasure:

MSC does not certify fisheries itself; instead, a fishery that wants the label hires any one of roughly a dozen commercial auditing companies, which can cost up to $150,000 or more, to decide whether the fishery’s practices comply with the MSC standards.

The way Day Boat’s owners tell their story, they decided to go through the complicated process of getting certified mostly because of their major client, Whole Foods.  Co-owners Howie Bubis and Scott Taylor began supplying the upscale chain soon after they founded their seafood company in 2006.

They say business was good.  But executives at Whole Foods announced that they were going to buy as much seafood as possible with the MSC label.  … [They] hoped that MSC approval would give them a competitive edge — and Whole Foods might pay them more than fishing companies that didn’t have it.

Day Boat’s owners say the process cost more than $200,000 — at least half for the audit company and the rest for related expenses.  “It’s occupied three years of our life,” says Bubis. …[who] assigned a staff member to work almost full time for two years, just to supply [the certifying company with] information. …But he and his partner say the MSC label has been good for business: They have been selling their swordfish for 10 percent more than competitors who don’t have it.

Quite frankly, “sustainable” has to be one of the most overused words out there.

“Sustainable,” in the case of fisheries, generally means fishermen are working within a science-based management regime to ensure their harvests don’t jeopardize the biomass of a fish stock.

For example, you wouldn’t want to take, in one year, 80% of a stock that is reproducing annually at a rate of only 20%.  And fishermen avoid harvesting young fish before they’ve had a chance to reproduce, staying out of the “nursery areas,” as areas full of juvenile fish are called.  These are great ways to kill a fishery fast – and go bankrupt in the process.

Green labeling schemes ignore the fact that we already pay taxes to cover the salaries and pensions of hordes of government biologists and fisheries managers to ensure that the science is done and that harvests are regulated.  While such science-based management regimes are not perfect systems – changing ocean temperatures and conditions can remove fish from an area far faster than fishermen can – they are taxpayer-funded investments in education, in slowly and methodically learning about the food-producing oceans on which we all rely.