ConservativeBlog.org
Posted at 08:03h in Blog by David Almasi 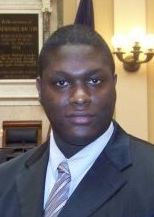 Section 5 of the Voting Rights Act and the “preclearance” standards the law imposes on select states and localities will undergo constitutional scrutiny on February 27 as the justices of the U.S. Supreme Court hear arguments in the case of Shelby County, Alabama v. Holder.

Project 21 member Coby Dillard — a resident of southern Virginia — considers the Section 5 standards, restrictions that judge targeted areas by the actions of people who were in charge generations ago, to be “a relic of the past, tied to conditions that have been long since reconciled and remedied… It’s time for it to fall.”

In a column published by the Norfolk Virginian-Pilot, Coby wrote that he gives all due respect to the Voting Rights Act for what it has done to advance civil rights, but points out that the law’s Section 5 restrictions are no longer necessary:

In the years since the VRA’s enactment, we’ve seen the election of the country’s first black president, the election and all-but-inevitable re-election of Virginia’s only black U.S. representative and a turnout of minority voters in the 2008 and 2012 elections that equals — and possibly surpasses — that of whites not only in Virginia but nationwide…

No one can argue its success.  However, to continue to require a state, or city, to ask the federal government how it can conduct its elections, based on the sins of its past, is a gross violation of the federalist principles our country was founded under.

To those, and there are many, who would liken any alteration to the Voting Rights Act to the creation of a slippery slope that will once again put the ability of blacks to vote at risk, Coby notes that America is already past the point of no return when it comes to securing peoples’ votes:

Contrary to popular opinion in the black community, the end of Section 5 will not mark a return to the discriminatory practices of our state’s and nation’s past.

To read Coby’s column in the Virginian-Pilot, click here.