ConservativeBlog.org
Posted at 06:43h in Blog, Health by David Hogberg

Journalist Steven Brill has penned a 20,000-plus word article for TIME magazine examining the way hospitals charge for services.  The best way to describe the article is, “It’s well worth the time to read it until he starts talking about Medicare.”

Brill exposes hospitals’ use of a “chargemaster,” a computer file that lists the price for just about everything a hospital does.  The prices in the chargemaster are almost always inflated, in part as a way to negotiate the best rates from private insurers (private insurers almost never pay the chargemaster rate.).  However, they are also the prices that patients who must pay out-of-pocket get hit with.  Brill recounts the “sticker shock” and other travails these patients go through and the evasiveness that hospital administrators exhibit when pressed to explain the rationale behind the prices in the chargemaster. 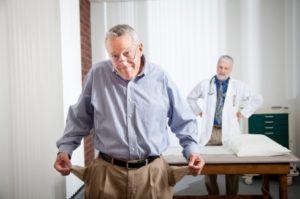 But while Brill has a critical view of hospital finance, his critical faculties fail him when discussing Medicare.  Indeed, his view of Medicare is so sentimental that after a while it’s not clear if you’re reading a report about Medicare or an advertisement for it.  TIME could be forgiven for sending the Centers for Medicare and Medicaid Services a bill.

Here is how Brill compares Medicare to the rest of the health-care system:

Unless you are protected by Medicare, the health care market is not a market at all. It’s a crapshoot. People fare differently according to circumstances they can neither control nor predict.

If Brill thinks Medicare isn’t a crapshoot, he should interview some of the people who were denied physical and other types therapy by Medicare.  According to Politico:

Some people were able to get that care only if it could help them get better — not if it was aimed at keeping them stable or slowing a predictable decline. That became known as the ‘improvement standard.’ The care was only for those who would improve…Millions of Americans with Parkinson’s, Alzheimer’s, multiple sclerosis and a host of other chronic conditions could benefit from broader access to treatments that would help maximize their quality of life.

Those people were denied treatment until recently when the Dept. of Health and Human Services settled a lawsuit that overturns the “improvement standard.” But this is not the first time that Medicare didn’t cover a service that was vital to some beneficiaries and will probably not be the last.

Indeed, the only player in the system that seems to have to balance countervailing interests the way market players in a real market usually do is Medicare. It has to answer to Congress and the taxpayers for wasting money, and it has to answer to portions of the same groups for trying to hold on to money it shouldn’t.

Medicare answers to the taxpayers?  Or does it answer to the groups that pressure Congress on Medicare policy, such as the American Hospital Association, the Federation of American Hospitals, etc?  Actually, Brill recognizes this when he writes, “organizations representing doctors, hospitals, nursing homes, health services and HMOs, have spent $5.36 billion since 1998 on lobbying in Washington.”   So which is it?  Taxpayers or lobbyists?

Brill genuinely thinks it’s taxpayers because Medicare is so good at administering hospital claims.  Or, more accurately, it is good at monitoring the private companies that administer Medicare’s hospital claims.  The process Medicare uses is, according to Brill, “fast, accurate, customer-friendly, and impressively high-tech.”  The Medicare bureaucrats produce codes for medical procedures that are used in billing and the “codes they write are supposed to ensure that Medicare pays what it is supposed to pay and catches anything in a bill that is not supposed to be paid.” If the codes work properly, they “produce ‘edits’ whenever a bill is submitted with something awry on it—if a doctor submits two preventive-care colonoscopies for the same in the in the same year, for example.”  It all works so well that only 10% of claims are denied and only one-tenth of those are ever reversed.

Brill acknowledges that this means that Medicare may be “funneling money out the door as fast as it can.  Some fraud is inevitable…It’s also possible that people can game the system without committing outright fraud.”  But not to worry, Brill says, because Medicare has impressive safeguards.  It makes sure the private companies that process the claims stay on the ball. Medicare monitors them “for all kinds of metrics” and they must “do a lot of data analysis and submit review plans and error-rate-reduction plans” on a quarterly basis.  It also employs “recovery audit contractors” who look for faulty billing and get paid a percentage of any claims they recover.

Gee, given such a wonderful system, you’d never know that between $17 billion and $57 billion in Medicare funds may be lost to fraud annually (Brill certainly never mentions it).  Nor would you guess that in fiscal year 2010 Medicare had about $48 billion in improper payments according to the Government Accountability Office.

It’s ironic that Brill uses colonoscopies as his example of improper billing.  Medicare is only supposed to pay for a screening colonoscopy once every 10 years for each beneficiary.  Yet a 2011 article in the Archives of Internal Medicine looking at beneficiaries who received a colonoscopy between 2001 and 2003 found that “46.2% underwent a repeated [colonscopy] in fewer than 7 years.”  The article concluded that current “Medicare regulations intending to limit reimbursement for screening colonoscopy to every 10 years would not appear to be effective.”

If you’ve followed enough liberal writing about Medicare, you know where Brill is going to go next with this.  And if you don’t, well, from here on out when you see a liberal praise Medicare’s claims processing, you’ll know that next up will be praise about Medicare’s low administrative costs.  Here’s Brill:

Moreover, the only players in the private sector who seem to operate efficiently are the private contractors working — dare I say it? — under the government’s supervision. They’re the Medicare claims processors that handle claims…for 84¢ each. With these and all other Medicare costs added together, Medicare’s total management, administrative and processing expenses are about $3.8 billion for processing more than a billion claims a year worth $550 billion. That’s an overall administrative and management cost of about two-thirds of 1% of the amount of the claims, or less than $3.80 per claim. According to its latest SEC filing, Aetna spent $6.9 billion on operating expenses (including claims processing, accounting, sales and executive management) in 2012. That’s about $30 for each of the 229 million claims Aetna processed, and it amounts to about 29% of the $23.7 billion Aetna pays out in claims.

Just guessing, but maybe part of the reason Aetna spends more on administrative costs is to prevent fraud and improper billing?

I’ll have more on Brill’s article later on.  Suffice it to say for now that if you want to show how hospital billing contributes to the problems of our health care system, you best not follow it up with a description of Medicare as a near-pristine system.