07 Mar 2013 Polar Bears In A Changing Climate: A Philosophical Showdown At CITES 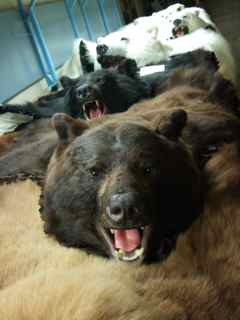 A showdown over how to protect the Earth’s polar bears is happening now at the Convention on International Trade in Endangered Species of Wild Fauna and Flora (CITES) where the Inuit, conservationists, hunters, two Big Green groups, the governments of Alaska, Canada and Nunavut, all stand opposed to a U.S. proposal to ban trade in polar bear products.

Such a ban would severely hurt the economies of the High North where polar bear hunting and trade, along with sealing and fishing, are intrinsic components of lives well lived.

The Canadian government estimates the population of polar bears, a white subspecies of the common brown bear, at an abundant 25,000 to 40,000 globally.  13,000 to 15,000 of those reside in Canada. Hunters take about 600 a year, about 4 to 5% of the Canadian stock.  They use the meat and bear fat, and profit from hunting fees, tourism income and revenue earned from the sale of various artifacts, including pelts, created from the carcass.

If nature does what it does best – changes – declines or increases are natural. Even changing coat colors over generations doesn’t necessary signal the “extinction” of bears, just adaptation and evolution – change.

So citing long-term “climate change” and relying heavily on science compiled by the United Nation’s Intergovernmental Panel on Climate Change (UNIPCC), the Department of the Interior’s Fish & Wildlife Service (USF&WS) listed the polar bear as “threatened” under the federal Endangered Species Act (ESA). USF&WS followed up by declaring part of northern Alaska critical habitat for the polar bear.  At over 200,000 square miles, an area about the size of Texas, it is the largest critical habitat ever designated. 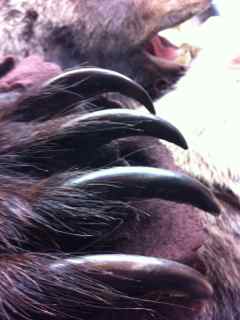 The ESA listing added another layer of U.S. federal government protection on polar bears that have been fully protected under the U.S. Marine Mammal Protection Act since 1972 and under international treaty since 1973. The bears are also managed locally by Alaska, the Canadian provinces, the government of Nunavut and the other various countries where they range.

The ESA listing also triggered a round of fundraising by animal rights corporations which hailed the “decision to try and pull polar bears back from the brink of extinction.”  TheBoston Globe reported:

The polar bear is unique among species protected under the Endangered Species Act because it is the first to be designated as threatened because of global warming.

So healthy, in fact, that the Department of Environment of the Government of Nunavut, Canada increased polar bear hunting quotas almost 30% just a few years ago.

…applied a standard so imprecise that the Service could conceivably use it to list any healthy species whose habitat is projected to be affected by climate change, without making a future ‘on-the-brink’ determination.

The USF&WS argued back that the ESA listing drew more attention to polar bears, triggering funding for its programs including patrols to limit contact with humans and a “recovery” plan for the bears.

The publicity did benefit the USF&WS budget.  Funding for its polar bear-related work increased by $3.2 million plus another $1.2 million was allocated for communications and education and “creating Service funded positions” in Alaska.

The publicity generated tens of millions more for “save the polar bear” campaigns run by “green” groups, begging the question:

If they really believe fossil fuels are causing apocalyptic climate change, why are they using synthetic (fossil fuel-based materials instead of natural fibers in the millions of polar bear plush toys they sell every year? Tsk. Tsk.

The World Wildlife Fund (WWF), one of the world’s largest transnational “conservation” corporations, uses such synthetic fiber polar bear plush toys in its fundraising.  It received almost $3 million in a partnership with CocaCola to:

…raise awareness and funds to help create a place where polar bears and people can thrive in the Arctic.

Along with the International Union for the Conservation of Nature/Speciesl Survival Commission (IUCN/SSC) and its Polar Bear Specialist Group, WWF is opposing the U.S. proposal to ban trade in polar bear products.  It appears to understand that prosperity for Arctic communities depends on freely traded goods sustainably harvested from living natural resources. The philosophical showdown at CITES is an important discussion. 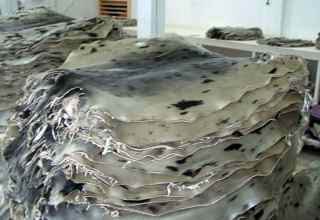 The USF&WS stands firm, arguing that declines in sea ice in the Arctic threaten polar bears.

The Arctic icecap, the North Pole, covers an area over 3 million square miles, from Greenland to northeastern Siberia.  The summer minimum of sea ice in the Arctic from 1979 to 1983 averaged 2.76 million square miles, or 51% percent of the surface of the Arctic Ocean. It then declined.  Summer Arctic ice hit a low for the satellite era (since 1979), falling to 24% of the Arctic Ocean in 2012.  We’ve seen this in the past before and about once every seven years, ships temporarily navigate the Northwest Passage in summer.

Meanwhile, in the Southern Hemisphere at the South Pole, Antarctic winter sea ice hit a record high at 7.5 million square miles in 2012. No polar bears down there, just penguins.  USF&WS is not considering listing them.

In a key paper (Stirling and Parkinson, 2006) used by the USF&WS, scientists stated:

We hypothesize that, if the climate continues to warm as projected by the [United Nations’] Intergovernmental Panel on Climate Change (UNIPCC), then polar bears in all five populations… will be increasingly food-stressed, and their numbers are likely to decline eventually, probably significantly so.

Predictions of starving polar bears now seem outdated as massive phytoplankton blooms under the Arctic sea ice are kick starting the food chain, benefitting all species in the Arctic, including fish, seals, polar bears and man.

Arctic sea ice extent for January 2013 was well below average, largely due to extensive open water in the Barents Sea and near Svalbard [Norway].  The Arctic Oscillation also remained in a primarily negative phase. …December of 2012 saw Northern Hemisphere snow cover at a record high extent, while January 2013 is the sixth-highest snow cover extent on record since 1967.

So, after almost two decades of no global warming trend, snow is back in the Northern Hemisphere, record snow.  Will ice follow?

Brown or white, the bears are here to stay.  Seals and fish too.  Here’s hoping the Inuit, and all the communities of the High North, thrive – along with their wildlife – forever.