ConservativeBlog.org
Posted at 05:41h in Blog, Environment and Enterprise Institute, Legal Reform by The National Center 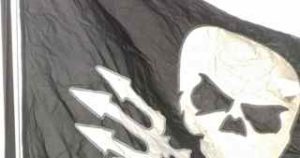 The United States Court of Appeals for the Ninth Circuit, the “Ninth District,” in San Francisco labeled a U.S. charity “pirates” while, on the other side of the planet, the charity was violating the Court’s injunction requiring it to stay 500 yards from cetacean researchers.  On February 26th, a large Sea Shepherd Conservation Society vessel placed itself squarely between a Japanese research vessel and its tender during an at-sea refueling.

The Sea Shepherds are pirates. Period. No district judge could fail to grasp the clarity and firmness of our opinion. …When you ram ships; hurl glass containers of acid; drag metal-reinforced ropes in the water to damage propellers and rudders; launch smoke bombs and flares with hooks; and point high-powered lasers at other ships, you are, without a doubt, a pirate, no matter how high-minded you believe your purpose to be. …A dangerous act, if committed often enough, will inevitably lead to harm, which could easily be irreparable. …Enjoining piracy sends no message about whaling; it sends the message that we will not tolerate piracy. Refusing the injunction sends the far more troublesome message that we condone violent vigilantism by U.S. nationals in international waters.

The Court’s injunction requires Sea Shepherd to operate in a safe manner while at sea: 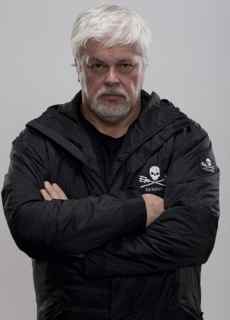 Defendants Sea Shepherd Conservation Society and Paul Watson, and any party acting in concert with them (collectively “defendants”), are enjoined from physically attacking any vessel engaged by Plaintiffs the Institute of Cetacean Research … in the Southern Ocean or any person on any such vessel (collectively “plaintiffs”), or from navigating in a manner that is likely to endanger the safe navigation of any such vessel. In no event shall defendants approach plaintiffs any closer than 500 yards when defendants are navigating on the open sea.

The Court’s 2012 injunction was issued after Sea Shepherd’s founder Paul Watson resurfaced after he skipped bail in an effort to dodge other charges filed in Germany.  The International Criminal Police Organization, Interpol, has also issued notices for Watson’s arrest.

To comply with the Court’s December injunction, Paul Watson resigned as an officer of the charity’s U.S. and Australian corporations.  He then violated the ruling, giving interviews to the press from the Sea Shepherd vessel following the February 26th incident at sea. 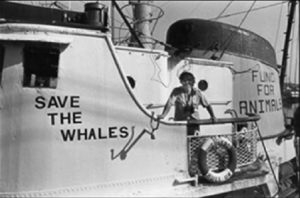 Captain Paul Watson and the Sea Shepherd Conservation Society return for [another] adrenaline-fueled season of WHALE WARS, one of Animal Planet’s most-talked-about, best-performing and award-winning series to date.  WHALE WARS documents the Sea Shepherds …as they wage a high-risk battle and masterful chess match to find and stop Japanese ships from hunting whales in the name of research.

Clearly, the work of Sea Shepherd results in ratings gold for Discovery Channel but it is not in the public benefit.  Its corporations induce the commission of criminal acts.  By doing so, “it increases the burden on government and thus thwarts a well recognized charitable goal, ie., the relief of the burdens of government.”

It’s time for the Internal Revenue Service (IRS) to revoke Sea Shepherd’s charitable status and require payment of taxes, back to the first incident of law breaking.

At the very minimum, Sea Shepherd Conservation Society should be required to comply with the law of the land and the sea.