Posted at 05:25h in Articles by The National Center 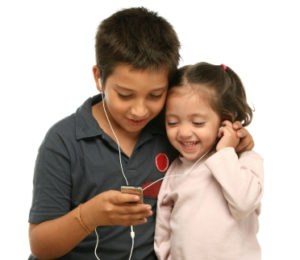 That’s the latest passion of New York City mayor Michael Bloomberg.  It’s no longer that someone might be playing their music too loud and disturbing the neighbors.  Now, the mayor wants to jack into kids’ iPods to make sure what they are listening to isn’t too loud for their own private, personal enjoyment (as determined by the government).

Spending at least $250,000 in both private donations and taxpayer dollars, the “Hearing Loss Prevention Media Campaign” will reportedly convene focus groups and employ social media to target young people so that they may turn down their racket and allegedly lessen the risk of the rest of us having to deal with their deaf selves in the future.

But will kids be able to comprehend the mayor’s latest nanny-state message?

It seems that — while Bloomberg is crusading against noise, salt, trans fat in foods, soda and women who choose not to breast-feed their infants — New York City’s government-educated schoolchildren are slogging through a K-12 system that is not in the least bit preparing the overwhelming majority of them for anything very productive after they graduate.

Officials with the City University of New York system say that approximately 80 percent of city-run high school graduates essentially cannot function in CUNY schools.  These aspiring college students are being forced to take remedial classes in reading, writing and math — something the local CBS affiliate describes as “re-learn[ing]” basic skills.  Without these additional classes, it is considered doubtful that they could handle college-level coursework.

To show just how necessary these do-over classes are for Big Apple grads, aspiring CUNY freshman Nicholas Gonzalez told CBS: “If I started right away with credit classes it wasn’t going to be so well, so it’s better off starting somewhere.” 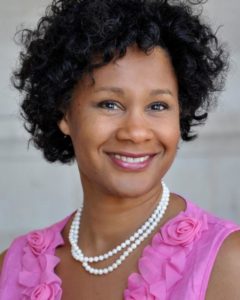 , co-chairman of the National Center’s Project 21 black leadership network, writes frequently on this blog about Mayor Bloomberg’s nanny-state advocacy and his penchant for social engineering over social advancement and his apparent disinterest in his job’s basic duties.  She is always surprised by the state of affairs in New York City — both the poor educational quality and the ever-growing assault on personal choice.

Nanny Bloomberg never ceases to amaze me with his ability to take on an increasingly parental role for all of the children — and even the adults — in New York City.

This latest initiative, against a backdrop of clear evidence that New York City schools are clearly failing children, is further evidence that the mayor of Gotham’s priorities are misplaced.

I would love to see an initiative that addresses the low literacy rate among the city-run system’s high school graduates.  It is appalling that we still have this problem in 2013.

How can New York City’s children be expected to follow all of the many rules promulgated by Hizzoner if they are unable to master even the most basic college-level courses without remedial assistance?

I encourage Mayor Bloomberg to tackle the low college preparedness rates in New York City with the same vigor and determination as he has exhibited toward limiting the consumption of soda and salt and the use of Styrofoam containers.  After all, do we really think that limiting people to 16 ounces of soda at a time is more important than our children being prepared for college?