ConservativeBlog.org
Posted at 05:03h in Blog, Health by David Hogberg

Last week the Dept. of Health and Human Services announced its “2013 agenda to bring down costs and improve quality of care through implementation of health information technology.”  That included “setting the goal of 50 percent of physician offices using electronic health records…and 80 percent of eligible hospitals receiving meaningful use incentive payments by the end of 2013.” 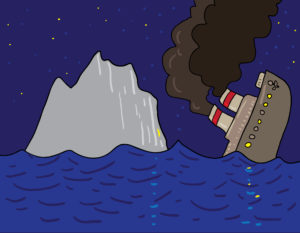 That’s the great thing about government bureaucrats:  they get to spend other people’s money on such projects, which means they don’t have to worry about whether the projects are working.  Thus far, the federal government’s push for electronic health records (EHRs) has left something to be desired.

For starters, EHRs don’t seem to be saving money as promised.  According to a New York Times article, EHRs have made it easier for physicians and hospitals to “upcode”—that is, to bill for services that are reimbursed at a higher rate, even if they aren’t entirely justified.  Hospitals “that received government incentives to adopt electronic records showed a 47 percent rise in Medicare payments at higher levels from 2006 to 2010…compared with a 32 percent rise in hospitals that have not received any government incentives,” according to the article.

On the physician side, installing EHRs costs money, and there is no guarantee that they will boost physicians’ incomes.  Indeed, they may be quite deterimental to doctors’ bottom lines.  A recent  Health Affairs article found that “the average physician would lose $43,743 over five years” after investing in EHRs.

Finally, EHRs are supposed to improve the quality for patients by helping them avoid drug interactions and unnecessary tests.  That is, if the physicians pay enough attention to the EHRs.  Politico reports on a JAMA Internal Medicine article that studied physicians’ use of EHRs at the Veterans Administration hospitals.  Politico notes that EHRs “may cause doctors the unintended side effect of information overload. The survey of primary-care practitioners from the Department of Veterans Affairs shows nearly one-third of those using the EHR system reported having missed or failed to follow up on key electronic alerts about patient test results.”

Given the lackluster results, the wise course for HHS would be to take a wait and see attitude before setting anymore EHR goals.  And you can bet that is exactly what HHS won’t do: “The goals build on the significant progress HHS and its partners have already made on expanding health information technology use.  EHR adoption has tripled since 2010, increasing to 44 percent in 2012 and computerized physician order entry has more than doubled (increased 168 percent) since 2008.”