ConservativeBlog.org
Posted at 04:41h in Articles, Blog by David Almasi

If you are attending the Conservative Political Action Conference this week at the National Harbor resort near Washington, D.C., be sure to check out the large number of National Center staff and volunteers who will be speaking and working at the 40th annual gathering of conservative activists and luminaries. 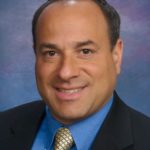 On Friday at 11:00AM, Jeff Stier — the director of the National Center’s Risk Analysis Division — will be participating in a panel discussion that will be held in the Potomac Ballroom.  On the panel, entitled “How I Learned to Stop Worrying and Love Plastic Water Bottles, Fracking, Genetically Modified Foods and Big Gulp Sodas,” Jeff will discuss how irrational fears and the nanny-state policies they produce are not actually making our society a better, healthier and less-risky place.  Jeff will be joined by other regulatory policy experts from other fine organizations such as the Competitive Enterprise Institute and the Independent Women’s Forum. 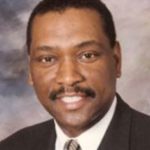 Also on Friday, Project 21 member Charles Butler will be participating in the panel discussion entitled “Fatherless America: The Headwaters of Poverty, Crime and Social Dysfunction.”  This panel will be held at 3:00PM in the National Harbor 2 & 3 conference rooms.  Moderated by another Project 21 member — Niger Innis of the Congress of Racial Equality — Charles joins social policy experts such as Dr. Richard Land of the Ethics and Religious Liberty Commission to talk about how welfare state policies are helping to destroy the traditional family, and the black family in America in particular.

During the Saturday session, catch Horace Cooper — an adjunct fellow of the National Center and co-chairman of the National Center’s Project 21 black leadership network — on the “Emerging Issues for Conservatives, 2013” panel to be held at 1:00PM in the Chesapeake A-C conference rooms.  Joined by Peter Roff of U.S. News and World Report and Fox News Channel contributor Jim Pinkerton, Horace will talk at least in part about his recent paper “Coming to a Car Near You?  The Department of Transportation’s Creepy Black Box.”  That paper highlights the potential threat to privacy that is posed by proposed regulations to mandate that all new cars carry very methodical recording packages which may be able to track driving performance as well as where someone actually drives.

On top of all of that, National Center staff will be making regular visits to CPAC’s “Radio Row” throughout the event to interview face-to-face with the many hosts they regularly talk to over the phone.  National Center policy experts such as Free Enterprise Project director Justin Danhof and senior fellow David Hogberg, as well as Project 21 co-chairman Cherylyn Harley LeBon and member Hughey Newsome, will be conducting scheduled interviews and many special “drop-by” chats with the many media personalities from across the nation who have come to town to broadcast from CPAC.