ConservativeBlog.org
Posted at 04:13h in Blog, Health by David Hogberg

As noted in two previous blog posts, much of the political left has gone silent as the evidence has piled up that businesses and even some universities are going to have to cut back on workers hours due to ObamaCare regulations.  By comparison, when businesses like PapaJohn’s and Darden Restaurants made noise about ObamaCare the left went near apoplectic. 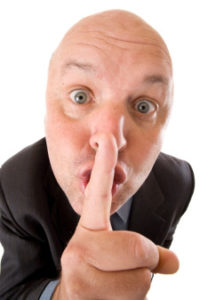 Well, the evidence just keeps piling up.  Now some small businesses are trying to avoid the costs of ObamaCare by self-insuring.  (See John Berlau’s excellent article on that.)  ObamaCare booster Wendell Potter got his dander up over the matter, but other than that, not a peep from anyone else.

Inc.com recently ran an article with the headline “4 Strategies For The Coming Of ObamaCare.”  It included four stories of business dealing with how to get around the new costs they were facing:

*Sun-King Brewing has 60 full-time employees, which means the employers will have to either pay a $60,000 fine or $150,000 to $200,000 in premiums.  “That’s enough for a couple of tanks to make a lot more beer,” says VP Clay Robinson.  They are also considering boosting employees’ pay so they can buy insurance on the exchange through the Small Business Health Option Program (SHOP).  Someone needs to tell them that since they are Indiana, the exchange there will be run by the federal government which recently admitted that the SHOP program won’t be ready on federal exchanges until 2015.

*Oren Elliot Products is looking at dropping the insurance it provides to its 43 employees.  Premiums rose about 12% for this year, and may rise another 15% in 2014 because ObamaCare regulations “will force insurers to cover preexisting conditions and forbid them from considering medical history when calculating premiums.”

*Kavaliro Staffing face an increase in “the percentage of employee premium costs it is paying in order to meet the [ObamaCare]’s minimum value requirements. The law will also force Kavaliro—which relies heavily on contract employees who work remotely—to be extravigilant about monitoring contractors’ hours, in order to avoid penalties for improperly counting workers.”

*Maiden Media Group claims that it is ready for ObamaCare.  ObamaCare helped the company hold down costs because its employees under age 26 were able to get on to their parents plan leaving only five employees on Maiden Media Group’s plan.  Of course, once those employees turn 26, it will be a different story.  And as co-founder Tusar Barik said, ”When we get past 50 employees, we may have a different mentality.”

Mike Ruffer, a Five Guys franchisee in North Carolina, is trying to figure out how to pay for the $60,000 in new ObamaCare costs that he faces.  He is looking at whether he can fire enough workers or reduce enough hours to get around ObamaCare’s regulations.  He added that many Five Guys franchisees are in a similar situation.

The Huffington Post gave Ruffer a bit of grief for this, claiming that:

What’s incredibly ironic about Ruffer’s decision is that Obama is at least partially responsible for the very success of Five Guys. In 2009, the president gave the then little-known fast food chain a lot of publicity when he took a group of West Wing staffers to lunch at one of their stores in Washington D.C., a trip that was documented on national TV.

As I recall, Five Guys was well on its way to success before Obama was elected president.  If the not-so-subtle implication is that Five Guys should support ObamaCare because Obama frequented one of their restaurants, perhaps Ben Cohen would have been obligated to support the Iraq War if George W. Bush had publicly eaten a few pints of Chunky Monkey?

Finally, there are the unions.  A recent article in the Wall Street Journal profiled unions that are trying to get subsidies for the insurance for some of their low wage workers.  At present, subsidies only apply to insurance bought on an exchange, not for insurance provided by employers or unions.  If the unions don’t get that, some are threatening to drop their lower wage workers from the company insurance and put them on the exchanges:

Marc Norberg, assistant to the general president at the sheet-metal workers union international office, said it is examining whether to eventually move members onto subsidized medical coverage provided by what is known as health-care exchanges run by the states or Washington. The union would still offer ancillary health benefits….

The International Union of Operating Engineers Local 150 of Countryside, Ill., which represents construction workers and insures about 65,000 people, is also examining whether some lower-earning workers would eventually be better off leaving the union-sponsored plan and instead getting federally subsidized insurance.

While left-leaning pundits haven’t been criticizing the unions yet for threatening to defect on ObamaCare, surely a condemnation is coming.  Yeah, right.