Posted at 16:18h in Endangered Species, Environment and Enterprise Institute by The National Center

…to improve its effectiveness in protecting and recovering Arizona’s threatened and endangered species. 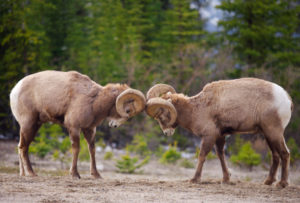 The ESA, passed in 1973, was last amended in 1988 and reauthorized in 1992. The Arizona State Legislature calls the ESA:

…outdated, unworkable and unsuccessful for its intended purpose of species recovery.

While States hold management responsibility for wild plants and animals within their borders, once a species is ESA listed, the federal government exerts control.  Attempts to transfer responsibility back to the States have met with resistance and lawsuits.

Wyoming attorney Karen Budd-Falen reported there were 1,374 species listed as  threatened or endangered as of May 2010:

The State of Arizona’s 2013 Concurrent Resolution stated that now, “more than 2,000 species later,” only 1% have been delisted.  Fully 60% of critical habitat is on private lands.

The Arizona Resolution urges Congress to update the ESA:

…to improve its effectiveness…while rewarding landowner and lessee involvement, promoting productivity, ensuring vibrant and sustainable natural resources for future generations and relieving Arizona from burdensome regulatory measures that have been harmful to this State and ineffective in furthering the intent of the Act.

The Members of the Arizona State Legislature state:

Success, say the Members of the Arizona State Legislature, is reliant on citizens embracing the ESA “free from fear of retribution or litigation.” 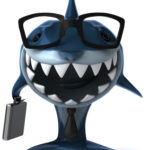 While it appears the ESA is not very effective at increasing species abundance, some have clearly embraced it.

The ESA has become a lucractive profit center for lawyers. Between 2000 and 2009, reports Budd-Falen:

…in just 12 states and the District of Columbia, 14 environmental groups filed 180 federal court complaints to get species listed under the ESA and were paid $11,743,287 in attorneys fees and costs.  …there are listed ESA species in all 50 states, the District of Columbia and the U.S. Territories.  Consider how much in attorneys fees have been paid if all litigation in all states is considered.

Those attempting to reform the ESA might want to ask:

Who gains?  It is the endangered flora and fauna?  Or the not-so-endangered North American lawyer?