25 Apr 2013 Government Health Care: What You Get Will Depend On Your Political Clout, Part II

ConservativeBlog.org
Posted at 13:32h in Blog, Health by David Hogberg

As noted yesterday, the problem with the government run health-care system is that the people who are in most need of health care, the sick, seldom have the political clout necessary to change health care policy that adversely impacts them. 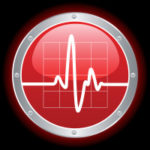 Two reasons for this are: 1. The very sick are relatively few in number, which means they amount to a very limited number of voters, too limited to have much impact on elections; and 2. They are too sick to engage in the type of political activities such as organizing, protesting, etc., necessary to bring about change in health care policy.

Yesterday I examined cases where sick people or their caretakers had some understanding that government policy—specifically, Medicare policy—was negatively impacting their care but lacked the numbers or were too ill to impact the political system.

Today let’s look at the two other reasons why the sick lack political clout:  3. They may be completely unaware of how government health care policy has affected their plight, in which case they will not feel the need to vote or organize to change health care policy; and 4. They’re dead, in which case they definitely won’t be organizing and, unless they are laid to rest in Chicago, they won’t be voting.

Consider the Medicare cuts that Congress made to hospitals as part of the Balanced Budget Act of 1997.  While many of these cuts were scaled back after 2000, the cuts made from 1997 to 2000 had relatively long-lasting effects, according to a paper by Vivian Y. Wu and Yu-Chu Shen.  They found that hopsitals in urban areas that endured larger cuts had worse mortality rates from 2001-2005 for heart attack patients relative to hopsitals that faced smaller cuts.

Now, the patients who died from heart attacks related to the Medicare cuts won’t be around to do anything about it, obviously.  The relatives and friends of the deceased could try to take action against Congress—say, lobby against Medicare cuts done this way—but what are the chances that they will ever know that Medicare’s policy had a hand in their loved one’s death?  They were almost surely unaware that their loved one was treated at a hopsital that endured a large Medicare cut.  And chances are slim they will ever read Wu and Shen’s paper.

And even if they did become aware of it, whom could they hold accountable now?  Many of the politicians who were in Congress that voted for the Balanced Budget Act in 1997 are now gone from office.

In short, government-run health care works against the sick because it makes it very difficult for the sick to hold policymakers accountable.  My advice to you if ObamaCare is never repealed: Don’t get sick.