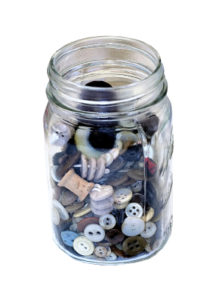 1. Having previously given grief to PapaJohn’s and Five Guys for complaining about how ObamaCare regulations will hurt business and jobs, the Huffington Post has now reported what only the fiercest ObamaCare partisans won’t admit:  ObamaCare is going to reduce the hours of a lot of workers.  A study from UC Berkeley Center for Labor Research and Education, not exactly a right-wing think tank, finds ObamaCare “will put some 2.3 million workers at the greatest risk of reduced hours.”  And that may be on the low side.  As the study notes:

While we’re on the topic, it’s not just fast-food restaurants anymore, or universities and colleges, or state governments.  Now, the Head Start program in Oregon is worried about ObamaCare:   “To reduce Obamacare costs, [Nancy Nordyk, director of the Head Start program in southern Oregon] will likely reduce full-time staffing, perhaps lay people off, and spend more hours on paperwork. “The bookkeeping information for it will be substantial because if you make a mistake, there’s quite a big [financial] penalty,” Nordyk said.

While Frakt, Altman and Reich make some interesting points, they also swing away at straw men, especially the suggestion that Medicaid be converted “to catastrophic-only coverage.”  Has someone on the political right suggested that?  Neither Reich nor Frakt, who make the charge, provide links to anyone.

As Cannon puts it: “The notion that Medicaid should provide only catastrophic coverage likewise misses the point. Congress should have to produce evidence of benefit before it forces taxpayers to fund any such program. Yet there’s no reliable evidence that government-provided catastrophic coverage would improve enrollees’ health, either.”

While Turner surely doesn’t speak for every person in favor of free-market based health care, she probably speaks for a lot of them when she writes:

We need to modernize the program to free recipients from the Medicaid ghetto so they can have the dignity of private coverage. The Healthy Indiana Plan is one creative option that has been highly popular. Citizens earning up to 200 percent of poverty start out with a POWER account they can use to purchase routine care, and catastrophic coverage kicks in for bigger medical bills.

3. More on Medicaid.  Two new studies on Medicaid from the Galen Institute.  Grace-Marie Turner and Avik Roy examine why states should not expand Medicaid, while Chris Jacobs explores alternatives to Medicaid that states can pursue.   Finally, my old haunt in Iowa, the Public Interest Institute, explains why states should avoid both the exchanges and the Medicaid expansion.

4. Will the recent slow-down in health-care spending continue?  Well, it’s a tie, with two studies saying yes, and two saying no.  More here.

5. Do hospitals “cost-shift” to private insurance when Medicare rates are too low?  This study in Health Affairs says no.  In fact, quite the opposite:  ”…hospitals facing cuts in Medicare payment rates may also cut the payment rates they seek from private payers to attract more privately insured patients.”  You mean hospitals can compete on price?  Paging Steven Brill…