Posted at 09:12h in Environment and Enterprise Institute, Global Warming by The National Center 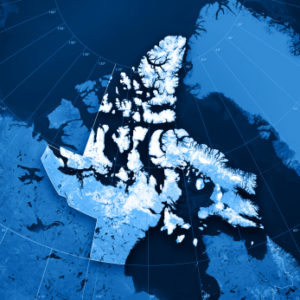 The Arctic Council, an intergovernmental organization, held its eighth annual meeting this week in Sweden.

History was made when Nunavut’s Leona Aglukkaq took over the helm of the Arctic Council, becoming the first Inuk ever to lead the Council.

The Council denied observer status to Greenpeace, along with other non-governmental organizations such as energy industry groups.

And Canada blocked observer status for the European Union due to an ongoing dispute over a ban on trade in seal products including seal meat, seal oils and natural fiber clothing. 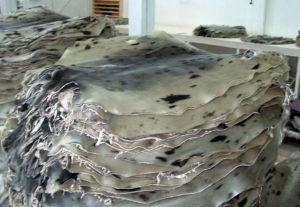 Oddly, the ban gives synthetic clothing made from fossil fuels an edge in the EU marketplace over natural fiber clothing made by those living in Canada and Nunavut.

One cannot hold a meeting on the Arctic without discussing changes in climate — reportedly driven, says the United Nations Intergovernmental Panel on Climate Change (UNIPCC), by man releasing CO2 into the atmosphere, primarily from fossil fuels.

And so discussion ensued regarding short-lived climate pollutants (SLCPs) including hydrofluorocarbons (HFCs).  U.S. Secretary of State John Kerry and Russian Foreign Affairs Minister Sergey Lavrov signed a declaration calling for an amendment to the Montreal Protocol treaty to phase out HFCs.

HFCs are synthetic greenhouse gases used as refrigerants and in air conditioning systems.  They were substituted for the ozone-depleting gases (CFCs and HCFCs) that were phased out under the Montreal Protocol, a U.N. treaty in force since the 1980s.

Ironically, the U.N. World Food Program ignores the ban and still uses the gases in 80% of its air conditioning systems.

Meanwhile, law abiding U.S. grocery stores are attempting to comply with the constantly changing laws.  They pass these compliance costs along to the consumer in the price of our food. Reported Supermarket News:

The food industry has known for some time that HFCs could be subjected to regulation and phaseout in the manner of HCFCs.  Retailers have been understandably miffed that, having replaced HCFCs with HFCs, they may now have to replace HFCs.   But the good news is that the HFC replacements include less costly natural refrigerants — notably CO2, which in this context is environmentally friendly — that will not have to be replaced again. And the transcritical refrigeration technology that uses only CO2 has arrived in the U.S., with at least two retailers — Whole Food Market and Angelo’s Caputo’s Fresh Markets — planning one-store tests this year. 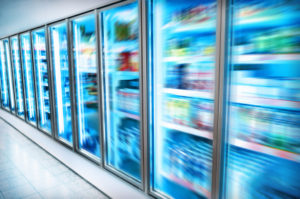 Yes, you read that correctly.  Whole Foods is replacing its HFCs, the synthetic greenhouse gases, with a natural greenhouse gas, CO2, “which in this context is environmentally friendly” and the CO2 “will not have to be replaced again,” concludes Supermarket News.

I wouldn’t bet the store on that.

It’s a circular world and, sometimes, so is politics.

Teresa Platt is the Director of the Environment and Enterprise Institute at the National Center for Public Policy Research.  She also blogs at www.teresaplatt.com.
Photo of seal pelts: Dion Dakins, Carino Processing Limited, Newfoundland, Canada.
All others: iStockPhoto.com