Posted at 08:34h in Articles by The National Center 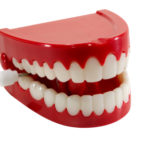 After years of not getting the joke, the Kennedy Center seems to be back in the funny business.

The federally-mandated center for the performing arts on the Potomac River just announced that pioneering comedienne Carol Burnett will be the recipient of the 2013 Mark Twain Prize for American Humor.

It’s about time the Kennedy Center honored Burnett as well as got back to honoring the true living legends of comedy.  For the past three years, those who administer the Twain Prize took it on a tour of the far-left, using it to plug politically correct upstarts who still have much to accomplish before they can even stand in the shadow of someone as accomplished as Burnett or earlier award winners such as Carl Reiner, Steve Martin and the recently-departed Jonathan Winters.

It would appear that the Kennedy Center crew took my adamant advice to heart.  After three years of my panning of their politicized picks, the cultural elite finally decided to choose the one person in particular – Burnett – whom I felt was being unjustly denied the honor.

As I wrote in 2011, when former “Saturday Night Live” cast member and mediocre movie actor Will Ferrell received the Twain Prize – in my opinion, for his scathing portrayal of former president George W. Bush on Broadway and an HBO special – Americans used to make Burnett’s Saturday night variety show appointment television.

“The Carol Burnett Show” – which also featured grade-A talent that included regulars Harvey Korman, Tim Conway and Vicki Lawrence and guest appearances by the likes of everyone from Jimmy Stewart to Ronald Reagan – averaged 30 million viewers during its 11-year run on CBS.  These days, Saturday night television is a wasteland of re-runs and burn-offs aired by the broadcast networks.

Burnett’s show won 25 Emmy Awards – television’s highest-honor.  She personally won six Emmys over her career.  Tina Fey and Ellen DeGeneres – other recent Twain Prize winners whom I took to task for lacking a body of work worthy of a national comedy honor – were also recognized with Emmy Awards and nominations, but not to the degree of Burnett.

Fey’s show, in fact, just limped off the air mid-season this past January – adored by a few liberals and critics but not the majority of American channel-surfers.  DeGeneres has only the third-highest-rated talk show at the end of 2012.  In comparison, “The Carol Burnett Show” was included in Time magazine’s 2007 list of the “100 Best Televisions Shows of All Time.”

Beyond her eponymous television show, Carol Burnett appeared in films such as “Annie” and “The Four Seasons,” guest-starred on shows such as “Glee” and “Mad About You,” performed on Broadway in the classic “Once Upon a Mattress” and Stephen Sondheim’s “Putting It Together” and famously performed at Carnegie Hall with Julie Andrews.  She has also been awarded the Presidential Medal of Freedom, the Kennedy Center Honors, a Peabody Award, numerous Golden Globes, People’s Choice Awards and has a star on the Hollywood Walk of Fame.

But Tina Fey, mocking Sarah Palin, at least “can see Russia from [her] house.”  That 2008 skit is what I figure paved the way for her to win the Twain Prize in 2010 – at 40 – while other comics such as Burnett went ignored.  I feel Fey’s award was payback for her major role in the liberal demonization of the former Alaska governor and vice presidential candidate that helped Barack Obama cruise to victory in the 2008 presidential election.

For Ferrell, it was the stinging portrayal of Bush.  For Ellen DeGeneres, I don’t think it was even for being funny as much as her sexuality – with her announcement that she is a lesbian being a much-heralded television event.  In 2012, the year DeGeneres won the Twain Prize, sexual orientation was a political issue with many same-sex marriage ballot referendums in the states and President Obama being forced out of the closet himself as a supporter of gays and lesbians redefining marriage.

This recent trio of Twain Prize winners, I pointed out, lacked the body of work and gravitas to receive the comedy honor.  I’m glad that someone over at the Kennedy Center seemed to have gotten the message.

But it seems I might have brought them to this point kicking and screaming.  Doing the right thing, surprisingly, has the Kennedy Center elite a little bit testy.  Asked by the Washington Post if the selection of Burnett heralds a return to honoring the truly great in the comedy field, Kennedy Center official Cappy McGarr replied: “Not at all.”  McGarr contends: “Every one of our prize winners have [sic] inspired a generation of comedians.”

That’s hard to believe considering the fact that Fey was 40, Ferrell was 44 and DeGeneres was 54 when the won their awards.  Maybe someday, but it’s unlikely McGarr can really justify his comment right now.  Burnett, on the other hand, is 80 and has been nationally-known since the late 1950s.

It is nonetheless good to see that the Kennedy Center elite at least decided to do the right thing this year.  Without much confidence in them, I predicted last year that George Lopez would win the 2013 Twain Prize – not because he was funny, but rather to mollify Hispanic activists who are angry about the Kennedy Center Honors not having enough Hispanic winners in the past.

Having been a long-time proponent (and hopefully a catalyst) for it, I welcome the Mark Twain Prize for American Humor going old school.

If McGarr and his cronies want more suggestions from me for next year, I’m happy to give them.  How about, as I’ve already mentioned in my past criticisms, selecting Mel Brooks, Mary Tyler Moore, Sid Caesar, Joan Rivers, Don Rickles and Woody Allen?  If they feel they must once again pick only from the far-left, they’ve been overlooking Norman Lear as well.

All of these living legends of comedy deserve a look by the powers that be on the Potomac.