28 May 2013 Yes, People Do Go Bankrupt From Medical Bills In Single-Payer Systems

ConservativeBlog.org
Posted at 07:06h in Blog, Health by David Hogberg 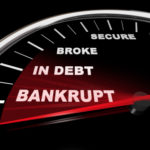 A speedometer with needle plunging down past word Bankrupt

Every time the link between medical costs and personal bankruptcy in the U.S. is discussed, the mythmakers are quick to assert that medical bankruptcy does not exist in single-payer health care systems.  For example, Russell DeMott, a Charleston bankruptcy lawyer, declares:

Medical bankruptcy does not exist in countries with universal health coverage like Japan, Canada, Great Britain, Taiwan, Germany, Italy, Switzerland, Sweden, Norway, Austria, Finland, and France, just to name a quick dozen. But, here in the wealthiest, most powerful country in the world, medical debt forces many people into bankruptcy.

So, how does that theory do against the evidence?  Not that well.

For example, here’s a study from the Office of the Superintendent of Bankruptcy in Canada (page 18):

15% declared medical reasons the primary cause [of bankruptcy], although it was unclear from the data whether this was the costs of care over and above the Medicare system or income loss due to medical reasons, or some combination of both.

One interesting question I’d like to see investigated is how many people suffered an income loss due to being stuck on one of Canada’s waiting lists for surgery?

Over in Australia, the Insolvency and Trustee service releases an annual report that includes the causes of personal bankruptcy.  About 10-11% claim “ill health” as a cause of bankruptcy.

There there is Sweden, where the National Association of Insolvency states that “the four most common reason for indebtedness [are]…illness, unemployment, divorce, or bankruptcy.” (Italics added.)

One reason so many people think nations outside the U.S. have little in the way of medical bankruptcy may be a lack of research on the subject.  A recent paper by the World Health Organization had this to say (page 7):

FYI, Britain is single-payer while Germany is not.

Ultimately, though, the evidence suggests that the notion that single-payer system don’t have medical bankruptcy is little more than a myth.