ConservativeBlog.org
Posted at 07:02h in Blog, Health by David Hogberg 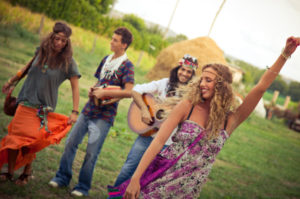 The current flavor of the month in this dance of nations is Taiwan.  Here is Dr. Steve Auerbach, a leader in the single-payer group Physicians for a National Health Program, on a recent episode of Stossel:

Dr. Auerbach continues a long tradition.  In 1980, Milton and Rose Friedman noticed the beginnings of the single-payer dance in their book Free To Choose (pages 113-114):

Proponents of socialized medicine in the United States—to give their cause its proper name—typically cite Great Britain, and more recently Canada, as examples of its success.  The Canadian experience has been too recent to provide an adequate test—most new brooms sweep pretty clean—but difficulties are already emerging.  The British National Health Service has now been in operation more than three decade and the results are pretty conclusive. That, no doubt, is why Canada has been replacing Britain as the example pointed to.

The Friedmans went on to point out that there was a waiting list for hospital beds about 600,000 long in Britain. In present day Britain about 2.5 million are waiting for treatment in any given month, 677,000 are waiting for diagnostic tests, and just under 20,000 had their elective surgery cancelled in the first quarter of 2013.

However, the single-payer system in Canada wasn’t fully established until 1966, so single-payer advocates could go on for years singing its praises.  Drs. David Himmelstein and Steffie Woolhandler, co-founders of Physicians for a National Health Program, spent the early 1990s arguing against the Clinton health plan and in favor of the Canadian system.  They were especially keen to claim that Canada’s system would save the U.S health care system a ton in administrative costs.

Alas, all good propaganda exhibits must come to an end.  Problems with waiting lists, cancelled surgeries, etc. were beginning to make the Canadian news by the 1990s.  In 1999 a psychiatrist in Canada, Dr. David Gratzer, wrote a spectacular book, Code Blue, that blew the lid off the disaster that was the Canadian health care system. Anyone not wearing ideological blinders now had to admit that Canada’s single-payer system rationed care much the way Britain’s did.

But not to worry.  A few years earlier Taiwan had switched to a single-payer system giving single-payer advocates a new nation, without all those ugly warts and scars, that they could bring to the health-care policy dance. Taiwan’s system is not yet two decades old, so the problems that arise from a single-payer system have not yet fully emerged.  But, according to Avik Roy, the cracks are showing:

Recent health spending growth in the Taiwanese system is similar to that of the United States: about 5 to 6 percent a year. While the Taiwan government has succeeded in raising premiums twice to cover the rapid spending growth, these premium increases have been unpopular, and it’s likely that future governments will find it difficult to enact further premium increases. “Don’t expect politicians to do something unpopular like that very often,” notes Zakaria.

Already, the Taiwanese system is spending more on health care than it is taking in on premiums, and borrowing to finance the rest. The government is starting to ration care to keep spending in line with revenues.