After spending four years rambunctiously regulating the energy industry and making sure that American energy prices have continued to sky-rocket from her perch as head of the Environmental Protection Agency, carbon-hating Lisa Jackson has a new gig. 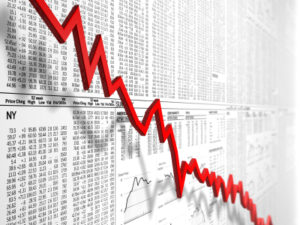 Shareholders and investors should be alarmed.

According to the Heritage Foundation, Jackson spent her tenure at the EPA “as the most prolific regulator of her class of Obama administrators.  This is not a distinction to be coveted.”

The Heritage Foundation calculated the sum-total of Jackson’s economy-crushing term and found that:

Of the hundreds of EPA regulations under Jackson, 20 are considered “major regulations,” meaning the expected cost of compliance breaks $100 million.  Using the EPA’s conservative estimates, these 20 rules will cost more than $7 billion in one-time initial compliance and $44.86 billion in annual direct compliance costs, according to Heritage research fellow Diane Katz.

Perhaps even more than President Obama, Jackson may be the leader in keeping the nation’s unemployment rate stubbornly high as she targeted the energy sector and Americans’ pocketbooks.  Rather than go through the litany of damage that Jackson has wrought on the country, two examples epitomize her “accomplishments” and ethos.

First, in 2009, Jackson’s EPA issued an “endangerment” finding that labeled carbon dioxide a threat to public health.  Based on shoddy science, this became a tool to attack everything from coal-fired power plants to the auto industry.  Through regulation, she has increased the sticker price for cars and made it nearly impossible to build new coal-fired power plants anywhere in America.

Second, in an unprecedented attack on American jobs and prosperity, Jackson’s EPA took the unheard of step of trying to halt construction of a gold and copper mine in Alaska (known as the Pebble Mine) before the site’s owners even applied for a single permit.  This costly and unprecedented action may cost the U.S tens of thousands of jobs and tens of billions in revenues.

By circumventing the well-established permitting process, EPA has done nothing to earn the trust of the entities it regulates and taxpayers who provide the agency’s funding. Every bit as troubling is the message the EPA is sending to companies contemplating mining projects elsewhere.  What is to keep the agency from using its interpretation of Section 404 (c) of the Clean Water Act to discourage other mining companies and investors from pursuing promising projects?  Once the precedent has been set that the EPA can preemptively shut down a mining project without regard to the permitting process, what company and what investor will risk time and capital in a doomed effort to win a regulatory game the EPA has rigged?

Is this anti-industry, anti-development zealot really the best fit for a tech company seeking to expand its market share and profit?

Apple recently began actively pursuing a string of green energy follies.  In March, Apple claimed that it would use “only renewable energy sources to power its data centers.”  However, Dr. Cohen decided to investigate Apple’s claim of 100 percent renewable energy.  He found that:

Apple is congratulating itself for its commitment to renewable energy at its data center in North Carolina, but the process it is using to convert landfill gas into fuel is not as environmentally pure as some might think.  Biogas production entails the industrial process of cleaning and separating to raise the methane content and remove the sulfide, chlorine and sulfur.  In a delicious irony, the methane will be transported via a natural gas pipeline.  Thus, the whole scheme is dependent on the infrastructure of a fossil fuel. What’s more, Apple’s methane will be converted into electricity by fuel cells provided by Bloom Energy.  Fuel cells, however, must be manufactured, a process that involves emissions.  The entire process, touted by Apple as lowering greenhouse-gas and other emissions, is fraught with its own set of emissions.

Apple’s green spending comes at a time when the company can ill-afford to waste money tilting at windmills.  The past Wednesday, ValueWalk, an online finance and tech website, noted that Apple’s stock has been performing so poorly lately that the company risks losing some of its best workers.

Why might Apple dedicating so much of its finite resources towards pointless green energy projects?  One likely answer is because that is what Greenpeace activists want them to do.

Greenpeace has been hectoring Apple for years, organizing protests to urge the company to use more renewable energy.  The late Steve Jobs called Greenpeace’s criticisms “painful,” and he vowed to make changes.

Current CEO Tim Cook is carrying on that legacy with gusto.  Jackson’s hire is direct evidence of that.  In fact, Greenpeace IT analyst Gary Cook praised Apple’s new hire, saying, “Apple has made a bold move in hiring Lisa Jackson, a proven advocate with a track record of combating toxic waste and the dirty energy that causes global warming, two of Apple’s biggest challenges as it continues to grow… Jackson can make Apple the top environmental leader in the tech sector by helping the company use its influence to push electric utilities and governments to provide the clean energy that both Apple and America need right now.”

Doing the twisted will of Greenpeace is not a sound business strategy.  And the results might just be starting to show.

While Apple is busy building solar fields in North Carolina and hiring regulatory retreads, some of its competitors are investing in research and development and creating superior products.  Consumer Reports recently rated the Samsung Galaxy S4 as the number one smartphone.  Meanwhile the latest iPhone comes in at a distant 5th, even behind Samsung’s prior model, the Galaxy S3.

A falling stock price, inferior products, employee defections and green energy – that’s the current state of Apple.  But hey, Greenpeace is happy and Lisa Jackson has a job.

Apple is not too big to fail, and it seems intent on proving it.