ConservativeBlog.org
Posted at 18:09h in Articles, Blog by David Almasi

After the news of the George Zimmerman verdict inspired some members of the black clergy to participate in an ad hoc “Hoodie Sunday” to honor Trayvon Martin — who was wearing a hoodie when he died — Project 21 member Stacy Washington felt that there might be better fashion agendas to be promoted to young people on upcoming Sundays: 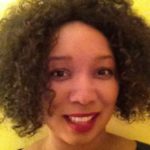 Please spare me that crap about “urban dress” being an expression of culture.  The culture of death and we need to change that.  Churches should never condone that culture which puts our youth against the very society in which they will seek a job from in the future.

On a more serious topic, Project 21 member Deacon Michael Bishop notes that participants in neighborhood watch programs should take their jobs very seriously, and that Zimmerman was not acting in a way Deacon Michael would condone:

Many black communities are up in arms over an incident that should never had happened.  As a former Citizens On Patrol (COP) volunteer, I have some observations that didn’t get enough attention as racial politics took control of the incident.

First of all, COP volunteers should never carry a weapon.  Doing so puts everyone in danger.  Thanks to Mr. Zimmerman, if one of us is killed in the future, a defendant can claim that he thought that the victim had a weapon.

Second, under no circumstances are we to confront a suspicious person.  We are to stay back and call the police.  We stay close enough to observe.  If it gets dangerous in any way, COP members are supposed to back off completely.

Third, if you are patrolling in the car, you do not get out of that car.

In today’s age of digital cameras, there is no reason hat we cannot get the quality of photographs that police can use.  As citizens, we can take photographs that the police cannot take.  We don’t need to become officers — as it seems Mr. Zimmerman did that fateful night.