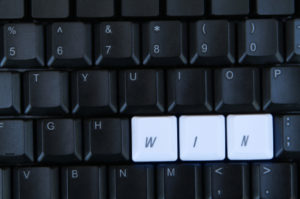 , co-chairman of the National Center’s Project 21 black leadership network, went head-to-head with Color of Change’s Rashad Robinson on the topic of a possible federal hate crimes case being brought against George Zimmerman for the death of Trayvon Martin.

As far as readers are concerned, Cooper was right and Robinson was very, very wrong.  On the U.S. News and World Report web site, where the face-off was posted, as of this writing, Cooper’s commentary had a approval rating of 134 to Robinson’s -147.

Color of Change is the group that has essentially led the left’s campaign against “stand your ground” laws and the demonization of the American Legislative Exchange Council (the National Center’s Free Enterprise Project has defended ALEC’s reputation against Color of Change’s corporate assault at shareholder meetings across America over the past two years).  And, in the end, Zimmerman’s lawyers never actually used the law to defend him despite groups like Color of Change tying the issue so tightly to the case.

Now, when asked to articulate a continuation of the Zimmerman case that they helped their work a national story, Robinson stumbled.

In his essay, Robinson clumsily wrote:

The case was a travesty in which the roles of victim and assailant were somehow reversed, race was deemed to be somehow irrelevant — even though Zimmerman had no reason to pursue Martin but for the prejudices associated with the color of his skin — and nobody was held accountable for the shocking and needless death of an unarmed 17-year-old…

We sincerely hope the federal government will file civil rights charges against George Zimmerman — because the case itself merits such a response and because, in the face of government silence, we will have to brace ourselves for other Trayvon Martins ending up with a bullet in the chest and the shooters walking free.

On the other hand, in an even-handedly analysis of the real issues facing a federal prosecution of Zimmerman, Horace noted:

[The federal government] likely won’t succeed, and would probably compound the awful precedent set by the state of Florida in pursuing this case over objections from the lead criminal investigator, police chief and the community’s prosecutor.

Horace pointed out that the federal government has several seemingly insurmountable hurdles in successfully making the case against Zimmerman.  In particular, the government currently “lack[s] a definitive finding that Zimmerman is, in fact, a racist,” that there is no finding of “specific intent to kill Martin” and “a federal judge is likely to be truly neutral” and that [i]ssues from Martin’s use of the term ‘cracker,’ testimony from unreliable witnesses and Martin’s drug impairment at the time of the incident will be far more relevant in federal court.”

But Horace additionally revealed the troubling politics behind a federal case against Zimmerman:

If the feds follow suit, they will head down the same path of an unjustified prosecution — re-establishing, nationally, a practice not seen since Woodrow Wilson pursued his political goals through abusing federal prosecutorial authority.  Wilson’s use of the Espionage and Sedition Acts to arrest and silence critics as well as the media rolled back the clock on constitutional rights.

To read both commentaries from U.S. News and World Report in their entirety — and to vote for Horace’s piece in this ongoing comparison, please click here.