“We’re at a point where we don’t need retailers.  Retailers need us.”  So explained D.C. City Council Member Vincent B. Orange (D-At Large) during a recent legislative hearing as to why he was 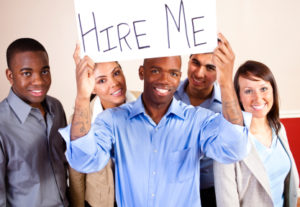 voting to require Wal-MartThe D.C. City Council does not care about these folks … Protect the unions at all costs. to pay their employees more than 50 percent above the city’s current minimum wage (already a dollar higher than the federal minimum).

That’s D.C’s definition of a “living wage.”  And what Orange claimed is essentially a lie.

During the vote on the “Large Retailer Accountability Act” (which was approved by an eight-to-five margin), Orange backed up his assertion by claiming that dozens of retailers were knocking on the city’s door to enter the vibrant D.C. market.  Therefore, under Orange’s logic, the city could bully Wal-Mart with impunity because other retailers will step up and fill the void.

So, where are they?

Wal-Mart worked with city leaders for more than a decade to accommodate and appease local politicos so that it might enter the D.C. market without too many enemies.  Wal-Mart donated millions to the right charities, agreed on store locations in depressed areas, created set-asides for minority contracting, waived tax incentives (that the company was eligible for), agreed to fund transportation projects, said they would stock local products and dedicate space for local retailers.

But this was not enough for the City Council.

In light of the Council’s punitive vote, Wal-Mart put plans for three of its six proposed stores in the District on indefinite hold (and those under construction may be abandoned).  Notably, Wal-Mart announced it would not open its store planned to anchor the long-awaited Skyland Town Center project.

As part of the decade-long process trying to gain access to the District of Columbia, last year, Wal-Mart bowed to Mayor Vincent Gray’s demands that giant retailer build one of its proposed stores in Skyland – one of the most depressed and crime-ridden regions of the city.  And, now, after the City Council put a gun to Wal-Mart’s head, the entire Skyland project will be put on hold.

Wal-Mart was to be the main tenant of a 342,000 square foot retail space and 476 desperately needed residential units.  Not anymore.

But, according to council member Orange, Wal-Mart’s decision to back out should not stall the project for one moment, because other retailers are banging at the door to come in.

Except that they aren’t.  Orange lied.

In fact, Orange upped his rhetoric by claiming that Wal-Mart was the bad actor in this escapade, saying: “For them to now stick guns to council members’ heads is unfortunate and regrettable.”

Make no mistake about it, Orange lied because the likely reason for his vote wouldn’t have garnered favorable headlines: union protectionism.

Orange, Marion Barry (yes – the former mayor and convicted criminal) and the six other council members who voted to punish Wal-Mart for selling low-cost merchandise, did so as a favor to Big Labor.  The claims that the city is in great shape and doesn’t need Wal-Mart, in so many words, were a front.  They could not come outright and say they were protecting unions, but they were.

Officially, the Large Retailer Accountability Act requires retailers with annual sales of $1 billion or more and operating in locations 75,000 square feet or larger to pay their employees not less than $12.50 per hour – a so called living wage.  The city’s current minimum wage is $8.25.  While the bill will eventually affect all retail stores that fit this description, it begins with a four-year grace period for shops already operating in the District.  Wal-Mart was hoping to open its first D.C. store later this year.

Apparently, the City Council doesn’t care if union stores pay their employees a so-called living wage, possibly because the city government doesn’t even pay some of its own workers the rate they now demand of Wal-Mart.

Washington’s NBC 4 investigated and found that:

According to the D.C. Department of Human Resources, some full-time school maintenance workers and custodians make $11.75 per hour.  The rate for a clerk at the University of the District of Columbia is $10.40.

The report commented that:

If you are a politician extolling the virtues of a living wage, make sure the government employees over whom you preside are making a living wage.

The D.C. Council’s shenanigans are scaring off potential employers, not just Walmart. In a city where unemployment is a huge problem, that’s bad business.

Not only was Orange wrong about retailers rushing to fill Wal-Mart’s void, other retailers are in fact lining up to oppose the living wage legislation.  The Washington Post noted that government affairs executives from Target, Home Depot, Lowes, AutoZone and Walgreens are all urging Mayor Gray to veto the bill.

Despite the successful vote, the bill has yet to be presented to the mayor for his signature or veto.

If he cares about staggeringly high youth and black unemployment in the District, Mayor Gray will take their advice.