ConservativeBlog.org
Posted at 17:18h in Blog, Health by David Hogberg

I stopped reading Paul Krugman a while ago as his column has descended into all out hackery.  But his most recent piece appeared in my Google Alert for “health care” and seeing the first few lines of it, I couldn’t resist reading.

It is worth taking a look at, not because it says anything worthwhile about health care (just like most of his columns).  Rather, it’s a great example of that psychological concept known as “projection”  To wit:

Yet even as Republican politicians seem ready to go on the offensive, there’s a palpable sense of anxiety, even despair, among conservative pundits and analysts. Better-informed people on the right seem, finally, to be facing up to a horrible truth: Health care reform, President Obama’s signature policy achievement, is probably going to work.

And the good news about Obamacare is, I’d argue, what’s driving the Republican Party’s intensified extremism. Successful health reform wouldn’t just be a victory for a president conservatives loathe, it would be an object demonstration of the falseness of right-wing ideology. So Republicans are being driven into a last, desperate effort to head this thing off at the pass.

Funny, has Krugman not been paying attention to the news recently?  Has he missed the Obama Administration’s suspension of the employer mandate?  Have the articles about the GAO reports regarding the lackluster progress that states and the federal governments have made on implementing the exchanges failed to catch his eye?  One can forgive him for overlooking the unions that are now complaining about how ObamaCare will harm their multi-employer plans, as that hasn’t received a good deal of news coverage.  And those are only the most recent problems with ObamaCare.  The Heritage Foundation has a great list of all that had gone wrong with the law through early July of this year. 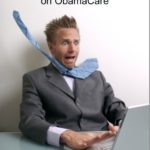 The fact is Krugman hasn’t missed most of this news.  He’s well aware of it, to the point that he is the one who has a “palpable sense of anxiety, even despair.”  He’s the one that will eventually have to face up to the “horrible truth” that ObamaCare won’t work. Indeed, the failure of ObamaCare will be “an object demonstration of the falseness of” left-wing ideology, if it isn’t already.

As evidence that ObamaCare will work, Krugman touts the exchanges, one of the few things that haven’t gone wrong—yet:

The question is whether the Massachusetts success story can be replicated in other states, especially big states like California and New York with large numbers of uninsured residents. The answer to this question depends, in the first place, on whether insurance companies are willing to offer coverage at reasonable rates. And the answer, so far, is a clear “yes.” In California, insurers came in with bids running significantly below expectations; in New York, it appears that premiums will be cut roughly in half.

Unfortunately for Krugman, more bad news about the exchanges came out the day his column ran.  Perhaps Krguman believed President Obama when he said the exchanges would make shopping for insurance like “Travelocity.”  But now it appears they won’t:

Struggling with a deadline crunch, some states are delaying online tools that could make it easier for consumers to find the right plan when the markets go live on Oct. 1….

“The bottom line is that with tight timelines … states have had to scale back their initial ambitions for Day 1,” said Paul Hencoski, leader of KPMG’s government health practice, which is advising nearly 20 states. “A lot of the more sophisticated functionalities that might have been offered through the Web are being deferred to later phases.”

When the markets first open, Hencoski said, “there will be a significant amount of manual processing of things that will later be automated.” Translation: emails, phone calls, faxes.

And, depending on your perspective, there was more bad news.  About 220,000 people are in state high-risk pools; that is, 220,000 people who are expensive to cover with insurance.  Some of them, maybe all, will be going on to the exchanges next year.  That’s in addition to the roughly 100,000 who are in the ObamaCare high-risk pool (known as the Pre-Existing Condition Insurance Plan.)  You may recall this was the program that was expected to enroll nearly 350,000 people and had $5 billion allocated to it?  Even without full enrollment, the program was so expensive that new enrollment was suspended back in February.

If you are a member of one of those high-risk pools, moving to the exchanges could well be good news.  But if you are a booster of the exchanges then it isn’t so rosy.  When these folks join the exchange premiums will rise, and probably rise precipitously.  Once that happens, expect the young and healthy to stay out.

Alas, when the exchanges turn into a disaster, don’t expect Krugman to admit he was wrong.  Rather, he’ll find some way to blame it all on conservatives and the GOP.  That’s what projection is all about.