ConservativeBlog.org
Posted at 13:11h in Articles, Blog by David Almasi 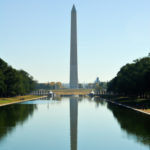 This morning, the Project 21 office received an e-mail asking for the organization’s comment on the fact that Presidents George H.W. Bush and George W. Bush would not be attending today’s event to mark the 50th anniversary of the March on Washington.

Obviously, the person asking for the comment assumed it a slight among the highest order of racism that neither living Republican president would be there while Democrats Jimmy Carter and Bill Clinton were there with the current Commander-in-Chief.

The reply the questioner received, however, was likely less than hoped for.  There was no defense of the Bush family on the part of Project 21.  There was no need for it.  The men had a note from their doctor.

Both are not in top physical form.  The elder Bush is confined to a wheelchair these days, and W. recently had heart surgery.

But the questioner received a question from Project 21 this afternoon, to which he has yet to respond: what about Senator Tim Scott (R-SC)?

The answer is that Senator Scott was not invited.

For an event steeped in the celebration of progress made by blacks in America, it was glaringly obvious when the only black person serving in the U.S. Senate was not at the lectern, on the Lincoln Memorial plaza or apparently not even acknowledged.

The Bush family sent their regrets about missing the celebration.  W. issued a statement of commemoration.  But Senator Scott is still waiting for his invitation to arrive.  If there was any disrespect involving today’s event, it was on the part of its organizers.

Project 21 member Kevin Martin is speaking out about this glaring omission:

While many acted surprised that the only black U.S. senator currently serving in Congress was not invited to speak at the 50th anniversary observance of the March on Washington, I was neither shocked nor surprised.

From the start, the celebration was hijacked by a conga line of race pimps and hustlers who have been leeching off the black community for that same 50 years.  The list of speakers included the usual left-wing suspects promoting their big government agendas and monolithic and divisive rhetoric.

There was no room for a black conservative such as Senator Tim Scott among these people.  He shatters their myths.

Senator Scott was most likely not invited because he was first elected to the House of Representatives on the strength of the Tea Party movement.  Many on the platform today spent the past few years deriding the Tea Party as racist.  To highlight a Tea Party hero who is the only black in the Senate would be an embarrassment.

One also couldn’t help but notice that the only sitting black U.S. Supreme Court justice was similarly not at the event and likely also had his invitation lost by the mailman.

It seems segregation is alive in well in Washington.  The liberals are the ones practicing it, and they aren’t discrete about it.  Conservatives can celebrate their black political heroes, but just not in the main room.

This 21st century segregation is no longer limited to skin color.  Ideology is inherent in the discrimination.  If someone doesn’t push the agenda of victimization, big government and radical liberalism then they won’t be invited to speak.