ConservativeBlog.org
Posted at 12:25h in Articles, Blog by David Almasi 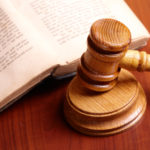 In overturning an injunction placed upon it by U.S. District Court Judge Victoria A. Roberts, the 6th Circuit Court of Appeals decision found that Michigan’s “Fair and Open Competition in Government Construction Act” did not violate the federal National Labor Relations Act.

The Michigan law, passed in 2011, prohibits the necessity for “project labor agreements” (PLAs) in local and state construction contracts.

PLAs often give organized labor a distinct advantage — if not a monopoly — in the bidding process for public assignments.  Circuit Court Judge John Rogers wrote in his opinion: “The act furthers Michigan’s proprietary goal of improving efficiency in public construction projects, and the act is no broader than is necessary to meet those goals.”

The state is seeking to preserve taxpayer resources by encouraging open competition among potential contractors and subcontractors.  It is not banning PLAs, and contractors who enter into PLAs can compete on equal footing with non-PLA contractors for public contracts.

member Stacy Swimp, who also serves as the chairman and national liaison for the Diversity Chapter of Associated Builders and Contractors (ABC) of Greater Michigan, said this is a landmark ruling that helps taxpayers in general and minorities and women in the construction trades in particular.

Project labor agreements prevented private contractors from being able to even compete for some state and local jobs in Michigan for too long.  It’s also a fact that pro-union PLAs can be particularly harsh on women and minority businesses seeking to compete for jobs because these companies are often non-union.

Worse yet for the people of Michigan, PLAs even prevented pro-union contractors who would win jobs from being able to hire any non-union workers.  This went so far as to exclude even the most minor and unskilled entry-level positions from anyone who was not a member of the union.  In effect, one could not even pick up trash or sweep the sidewalk under the terms of PLA jobs unless that person was a member of the union.

This created a problem in Michigan because less than 12 percent of private sector jobs these days are unionized.  That means that an overwhelming portion of the workforce and the contractors who employ them had the deck stacked against them when it came to bid on publicly-funded, government-awarded contracts.

People were being denied the opportunity to win jobs that would feed their families because they weren’t allied with organized labor.

But not anymore — not in Michigan!  The 6th Circuit justly determined that the playing field should be level for all who seek to bid for jobs financed by taxpayers’ wallets.

It must be noted that it was conservative lawmakers in Michigan who are responsible for bringing fairness to the contracting process.  They proposed and fought for the bill in the state legislature, and their work to help the average workingman as well as woman and minority contractors pointedly lacked the support of civil rights special interest groups.

Despite the pushback of Big Labor and its allies, conservatives did not flinch.