10 Sep 2013 Reagan Was Not a Land-Grabber: Ridenour Weighs In on Smith vs. Lehrer Debate 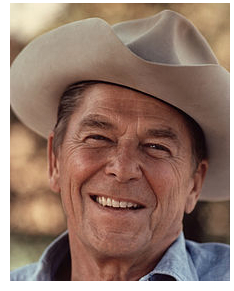 Here’s why Smith is right and Lehrer is wrong.

But just because the number of visitors increased and the economy boomed after monument designation does not mean that the designation caused these things.

For one thing, monument designations very rarely cause volcanoes to erupt retroactively.

I don’t have a source on that, but I’m pretty sure this is an irrefutable fact.

To the extent that more people are visiting the area since 1982 probably has more to do with the volcanic eruption than the designation of it as a national monument.

For another, the Headwaters study cited by R Street as evidence that the Mount Saint Helens monument designation led to an area economic boom DOES NOT say that the designation is the cause of this growth.

Yes, it establishes correlation by showing economic growth in recent decades, but does not establish the monument as the cause.

A close examination of the underlying data seems to contradict R Street’s contention.

What’s non-labor income? It’s transfer payments, it’s dividends – and this suggests an influx of retirees, not necessarily an increase in young peddlers of “I Survived Mount St. Helens” t-shirts.

Another logical fallacy the group employs is the appeal to authority fallacy, by suggesting that expansion of the federal estate for conservation purposes MUST be conservative because Ronald Reagan supported them.

If Ronald Reagan had supported an ObamaCare-style health care system, it wouldn’t make it a conservative idea. It would make Ronald Reagan wrong.

And there is ample evidence that Lehrer misrepresented Ronald Reagan’s views on public lands.

He pulled a quote from President Reagan out of the Council on Environmental Quality annual report in 1988, which the president likely never even saw. Lehrer knows better… He’s been in Washington enough to know how things work.

Here’s what Hanke had to say about Reagan’s response to his proposal in a 2007 article:

James Watt, the Secretary of Interior, was furious because he wanted to hand over the lands to the state governments – exchanging one form of socialism for another. Needless to say, I thought I was in deep trouble. Hoping to avoid political immolation, I rapidly sent my analysis to the President.

Much to my surprise, Reagan instantly responded, taking my side. Better, he swiftly made my proposals the Administration’s policy. He went public in his budget message for fiscal year 1983 when he endorsed privatizing public lands: ‘Some of this property is not in use and would be of greater value to society if transferred to the private sector. In the next three years we would save $9 billion by shedding these unnecessary properties while fully protecting and preserving our national parks, forests, wilderness and scenic areas.’

Reagan didn’t support an expansion of the federal estate. He favored a reduction of it.