ConservativeBlog.org
Posted at 11:09h in Articles, Blog by David Almasi 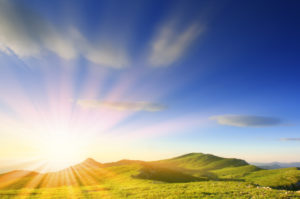 majestic sunrise in the mountains landscape

On the 12th anniversary of al Qaeda’s terrorist attacks on America, Project 21 member Stacy Swimp presents a spiritual take on how to mark the somber event:

And it came to pass, when all the people had completely crossed over the Jordan, that the Lord spoke to Joshua, saying: “Take for yourselves twelve men from the people, one man from every tribe, and command them, saying, ‘Take for yourselves twelve stones from here, out of the midst of the Jordan, from the place where the priests’ feet stood firm.  You shall carry them over with you and leave them in the lodging place where you lodge tonight.’”

Then Joshua called the 12 men whom he had appointed from the children of Israel, one man from every tribe; and Joshua said to them: “Cross over before the ark of the Lord your God into the midst of the Jordan, and each one of you take up a stone on his shoulder, according to the number of the tribes of the children of Israel, that this may be a sign among you when your children ask in time to come, saying, ‘What do these stones mean to you?’  Then you shall answer them that the waters of the Jordan were cut off before the ark of the covenant of the Lord; when it crossed over the Jordan, the waters of the Jordan were cut off.  And these stones shall be for a memorial to the children of Israel forever.”

Today, millions of Americans are taking pause to remember the tragic incident which occurred on September 11, 2001 — when radical Muslim terrorists took the lives of thousands of Americans.
There have been memorials every year since 9/11 occurred in which people seek to remember the victims of this horrific terrorist attack.

When I woke up this morning, the Holy Spirit had put on my heart a means to transcend the traditional memorial.

But as for you, ye thought evil against me: but God meant it unto good, to bring to pass, as it is this day to save much people alive.

What terrorists meant for evil, God brought it to good for the American people and the kingdom of God.

Backs against the wall, the American people once again showed what common faith and resilience is all about.
Out of that tragedy rose heroes of the faith in law enforcement and the military as well as among private citizens.

God’s hands proved to yet be holding America up as a beacon for all the world to look to.
Countless souls around the world were even brought to the Lord as so many were reminded of life’s precious mortality.

I believe the Word of God says it best:

“And these stones shall be for a memorial to the children of Israel forever.”

Each year that I am blessed with the breath of the Lord, I will tell the children about God’s hand of deliverance on this great nation on 9/11 and the days which followed — to remind them that, whatever they are facing in their generation, God is able to deliver.

I will share with them the resilience of the American people and the possibilities we still have when we come together in common faith — putting aside ethnic cultural, economic and political differences.

I will tell them about the goodness of God, who loves them so much that He gave His only begotten Son, that they may have have life and have it to the full (John 10:10).

I will encourage that, while it is good to look back in a memorial of that which God has done, there is another equally important responsibility to remember.

Finally, this memorial should always end with a reminder that we and our children must live our daily lives with a commitment to “press toward the mark for the prize of the high calling of God in Christ Jesus.”