11 Sep 2013 Think Progress Fibs Again, This Time on the Impact of ObamaCare on Business Growth

ConservativeBlog.org
Posted at 11:06h in Blog, Health by Amy Ridenour 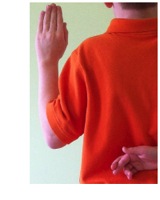 A new survey of chief financial officers finds that American companies expect to increase the number of full-time employees by 1.8 percent over the next 12 months as key parts of the Affordable Care Act go into effect, undermining conservative critics who’ve argued that the health care law would hamper business growth and expansion.

Here’s the director of the survey, Professor John Graham of Duke University’s Fuqua School of Business, discussing what the survey discovered about ObamaCare’s impact on business growth:

Another interesting wrinkle is about 37 percent of companies in the U.S. said concern about the affordable health care act has actually caused them to hold back a little bit in adding full-time employees; maybe hire a little bit more instead on the temporary or part-time side of employment.

Does it sound to you like this survey undermines those who claim ObamaCare is hampering business growth and expansion?

For contrast, here’s how CBSNews.com covered the same survey results.