28 Sep 2013 Famous Global Warming Activist Says Elected Officials Who Don’t Know Climate Science are Committing a “Crime”; Then Exposes Himself as Not Having Followed the Science 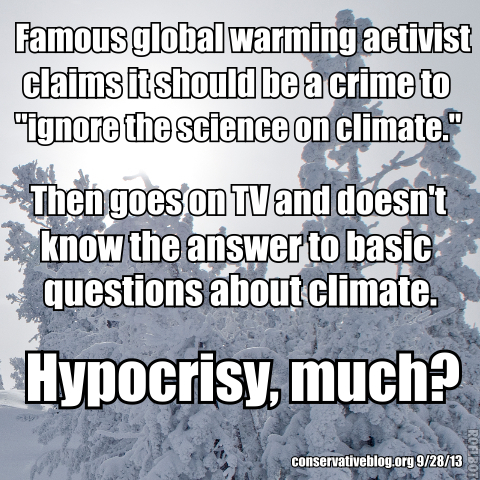 Take David Suzuki, Canada’s Al Gore and a man famous throughout the English-speaking world (except, blissfully for us, in the United States). 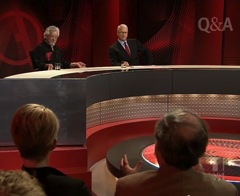 Suzuki believes it should be a crime for politicians to “ignore the science on climate change”:

As reported by Oliver Milman in the UK Guardian:

Suzuki said he didn’t regret comments made to the University of NSW on Saturday which accused the prime minister, Tony Abbott, of “criminal negligence” over his policies, which include the dismantling of the carbon price and scrapping various climate change agencies associated with it.

“I don’t think I went too far – what we are seeing is a crime against future generations,” he said. “There ought to be a legal position on intergenerational crime. If you stand out for a role of leadership and ignore the science on climate change, I think that’s wilful blindness.”

But when asked questions about the science during a TV interview on Australia’s ABC network, Suzuki is revealed as a fraud. He knows less about climate change than could be read in a newspaper.

As revealed by Andrew Bolt of Australia’s Herald Sun, and my own review of the broadcast, Suzuki:

It seems one can be an internationally-recognized climate and environmental activist (who reportedly receives $30,000 each plus $11K in expenses — and pretty girl escorts who may have a chance to be in Suzuki’s “sanctified air” — to give speeches!) and not feel pressure to keep up with the science, or think through science issues, even superficially.

Go here to see the Australian ABC network’s broadcast. It’s surprisingly entertaining, though perhaps not so much if you are a Suzuki fan.

On the way out, here’s another funny broadcast about Suzuki’s appearances: