ConservativeBlog.org
Posted at 04:16h in Blog, Health by David Hogberg

As I noted yesterday in my post on the Oregon exchange, I don’t take very seriously the argument that “Yes, prices are higher on the ObamaCare exchanges but the insurance comes with more benefits.” 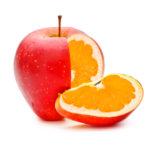 First, to anyone who makes that argument blithely, the proper response is “Duh!”  That’s what conservatives and libertarians have been saying for quite some time: Costs will rise if the government imposes more costs!  In other words, insurance prices will be higher if the government requires insurers to supply “essential health benefits” in all of their policies, imposes community rating and guaranteed issue, and standardizes the plans.

Of course, many proponents of that notion have made attempts at serious arguments.  Consider Ezra Klein’s response to Avik Roy’s early writings on “rate shock.” Klein claimed that comparing policies on ehealthinsurance.com to those on the exchanges, as Roy did, was “not just comparing apples to oranges. It’s comparing apples to oranges that the fruit guy may not even let you buy.”  The comparison is supposedly bogus because plans on ehealthinsurance.com could have deductibles over $6,350, turn away sick people, and charge some people higher than the quoted price because of their health conditions—things that the exchanges can’t do.

What Klein and many others miss is that comparing prices on ehealthinsurance.com to those on the exchanges isn’t really a comparison of insurance policies.  It’s a comparison of insurance policies in different markets.  Most states’ individual insurance markets are less regulated than the ObamaCare exchanges.  The point of comparing policies at ehealthinsurance.com to an exchange is to show how prices differ in markets that are regulated differently.

Think of it this way.  Suppose Congress had passed a law saying that beginning in the year 2014, all new cars had to come with features at least as good as a Mercedez-Benz CLA250 and that no one could be turned down for a car loan regardless of his or her credit score.  In the last few months of 2013, prices of the new cars for 2014 begin to be released.  Critics of the new law point out that the prices of many 2013 new cars, such as a Honda Civic Coupe, are cheaper than any of the cars for 2014.  A supporter of the law responds: “That’s an apples to oranges comparison.  A proper comparison takes into account what a Honda would cost with all the new features and that Honda can no longer deny anyone financing.”  Would you take that argument seriously?  Of course not.