16 Oct 2013 The Rhetoric of Single Payer Glows; The Reality, Not So Much

ConservativeBlog.org
Posted at 18:08h in Blog, Health by David Hogberg

I recently posted a comment at John Goodman’s Health Policy Blog in response to a remark from Don McCanne.  Usually I don’t make blog comments the subject of my own blog posts, but Dr. McCanne is a Senior Health Policy Fellow and former president of the single-payer advocacy group Physicians for a National Health Plan.  Since many on the left will be pushing for a single-payer health care system should ObamaCare fall apart, it’s important to examine the arguments made by single-payer advocates.

There are services that should not be selected based on price shopping but rather selected based on need. Police and fire protection are such services, and I would include health care. When you need police and fire services, you should not have to make a decision about cost sharing when your house is on fire or when someone is threatening physical harm. Those services should always be available, and funded equitably through the tax system.

…health care services should also always be available, funded equitably by taxes (e.g., single payer). Other countries have shown that you do not have to require patient price shopping decisions to control spending in health care. Tax financed, prepaid health care systems distribute care more effectively at a cost much lower than ours. 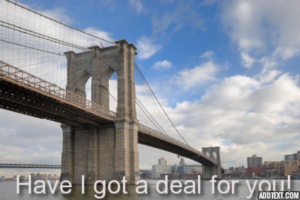 That sure makes a single-payer system sound good.  Unfortunately, that’s about all it does.  It does nothing to inform.  For example, what does it mean that health care is “always available” under single payer?

McCanne doesn’t define that or other terms such as “funded equitably”, thus examining his claim is more difficult.  Nevertheless, it is still possible to treat the notion that “health care is always available in a single-payer system” as a hypothesis to be tested rather than an axiomatic truth.

Let’s look at Britain’s single-payer system, the National Health Service (NHS).  According to the latest report, nearly 2.9 million Britons are on waiting lists for treatment at NHS hospitals.  Back in March 2011, a former NHS director in Essex, Margaret Hutchon, died after a stomach operation she needed was cancelled four times.  You would have to stretch the definition of “always available” to the breaking point for it to accord 2.9 people on a wait list or having a surgery cancelled four times.  (FYI: This was not the first time someone died after having an operation cancelled four times by the NHS.)

When I pointed this out in my reply, McCanne responded:

Not all universal systems are plagued by excessive queues. Some OECD nations have used queue management and modest adjustments in capacity to tame their queues.

Although the United States is not noted for excessive queues, I can assure you that many of my indigent and Medicaid patients were not even allowed a place in the queue for many specialized services. EMTALA helped for serious emergencies, but it did nothing for the financial hardships created by the rendering of such services.

That’s an interesting and odd reply.  Interesting in that McCanne is being a bit slippery.  Notice how we’ve gone from “single payer” to “universal system.”  Again, McCanne doesn’t define his terms—what is a “universal system”?  But the term sure sounds good.
McCanne also points to the Medicaid system as one that results in something akin to waiting lists here in the U.S.  That’s odd because in his earlier comment he stated that “Tax financed, prepaid health care systems distribute care more effectively at a cost much lower than ours.”  Well, Medicaid is a tax financed, prepaid system!  It’s always nice when your opponent provides evidence that undermines his own hypothesis.

When the fight against single payer comes, and it probably will, free-market proponents must not allow single-payer advocates to get away with seductive rhetoric.  Demand that they define their terms and treat their statements as hypotheses to be tested against the evidence.