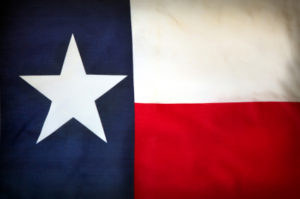 As the federal government reopens, some workers at the Environmental Protection Agency may soon find their powers to choke the American economy – seemingly their primary mission under President Obama – is limited.

That is because a Texas-sized fight over federal agency power is heading to the U.S. Supreme Court, and it has implications well beyond the Lone Star state.

On Tuesday, the U.S. Supreme Court agreed to hear arguments in a case that strikes at the heart of the EPA’s regulatory scheme to command and control greenhouse gas emissions – including carbon dioxide.  The case will be heard in early 2014.

The justices consolidated six cases, including a challenge by the state of Texas, which argued that the EPA overstepped its authority in 2010 when it sought to regulate emissions from stationary sources.

During the genesis of this fight in October 2010, I wrote an editorial published in the Dallas Morning News that urged Texas to challenge the Obama Administration’s fiat efforts since the EPA was acting on flawed science and poor legal reasoning.

Under its so-called “endangerment finding,” the EPA will subject new buildings to strict permitting rules and force some old buildings to undergo expensive renovations to satisfy the new guidelines.  Just as ObamaCare promises to increase health care costs, this latest example of government meddling will greatly increase business and consumer prices in Texas.  Additionally, it will slow economic growth and reduce job creation in the state.

Expressing support for the initial lawsuit, I wrote that:

Texas Attorney General Greg Abbott is suing the EPA in the U.S. Court of Appeals for the D.C. Circuit to halt the federal takeover.  According to Abbott, the EPA has no legal authority to regulate state greenhouse-gas sources

Abbott’s reasoning: “Because the Administration predicated its Endangerment Finding on the IPCC’s [Intergovernmental Panel on Climate Change] questionable facts, the state is seeking to prevent the EPA’s new rules, and the economic harm that will result from these regulations.”

Abbott is right.  The Clean Air Act – the vehicle for the new rules – was designed to regulate toxins. Carbon dioxide is not a toxin, and the EPA is on shaky legal ground to claim otherwise.

Texas stood firm and followed my advice.  Soon, the U.S. Supreme Court will hear arguments and decide on the matter.  If successful, the EPA power grab over stationary source emissions will come to a halt.

This would be a great victory for the American economy and commonsense.  However, the Court had the opportunity to possibly strike an even bigger blow to the Obama Administration, but declined.

In granting certiorari, the Court demurred the opportunity to fully revisit its 2007 decision in Massachusetts v. EPA, which set this whole chain of events in motion.  In that case, the Court granted the EPA authority to regulate greenhouse gas emissions from new motor vehicle fleets.  The Court will now decide if the EPA’s leap from regulating emissions from new cars to regulating stationary sources is a bridge too far.

The decision to tackle a narrow question of law is not surprising considering the Court’s minimalist approach under Chief Justice John Roberts.

In August, I opined on Roberts’ tenure, explaining that:

It is well known that Roberts doesn’t want the Court to be seen as a political body.  Many feel that this is the reason he found such a convoluted way in which he uphold ObamaCare (striking the congressional power grab under the Commerce Clause, but upholding the law under the taxing power).  But beyond trying to avoid politics, close observation shows that the Court under Roberts has a pattern of so-called judicial minimalism – a legal theory that he praised during his confirmation hearings.

In short, judicial minimalists decide cases on narrow, one-time circumstances so as to not offend stare decisis (respecting judicial precedent).

While the Court is again following Robert’s lead and deciding a smaller issue than free market proponents would prefer, it is still an important case that may forestall some of the most costly and damaging regulations to come from the Obama Administration since ObamaCare.  That is a worthwhile fight.

Best wishes to Texas and its co-challengers.