ConservativeBlog.org
Posted at 16:46h in Blog, Health by David Hogberg

Uh-oh.  Don’t look now, but some Democrats are beginning to call for relief from ObamaCare’s individual mandate.  The latest is Colorado’s Jared Polis: 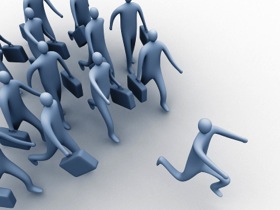 “We will be encouraging a waiver. It will be difficult for Summit County residents to become insured. For the vast majority, it’s too high a price to pay,” said Polis, D-Boulder.

Polis voted for ObamaCare.  He follows other supporters who have had a sudden change of heart:

“If the problems are intense as they are this morning, then maybe we would have to consider a short delay in terms of the individual mandate,” New Jersey Democratic Rep. Bill Pascrell, told Yahoo News on Wednesday….Pascrell joins Democratic National Committee chair Debbie Wasserman Schultz, and Sens. Jean Shahaan and Joe Manchin in expressing support for extended enrollment and individual mandate deadlines.

Manchin is actually working on legislation to delay the individual mandate.

Apparently the White House is considering extending the deadline to get insurance.  With the Administration sending that kind of signal, expect many more Democrats to bail out in the coming days.

UPDATE:  Speaker Boehner’s office has a list of Democrats now calling for some kind of delay:

Rep. John Barrow (D-GA): “I urge my colleagues and the Administration to delay the individual mandate. It’s not only the right thing to do, it’s the only practical thing to do.” (Floor Remarks, 10/23/13)

Rep. Gene Green (D-TX): “Rep. Gene Green (D., Texas) said the law allows the White House to waive penalties, and if technology problems are protracted, it should act. ‘I think the administration is going to have to look at it, and I’d encourage them to do so,’ he said.” (Wall Street Journal, 10/24/13)

Rep. Bill Pascrell (D-NJ): “‘If the problems are intense as they are this morning, then maybe we would have to consider a short delay in terms of the individual mandate,’ New Jersey Democratic Rep. Bill Pascrell, a member of the Health subcommittee of the Ways and Means Committee, said on Wednesday.” (Yahoo News, 10/23/13)

Sen. Joe Manchin (D-WV): “Sen. Joe Manchin III, D-W.Va….is working on a bill to delay the individual mandate by a year, his office confirmed Wednesday. … ‘He believes that this year should be a transition year and the penalty should not be imposed. … Manchin spokesman Jonathan Kott said in an emailed statement.” (Roll Call, 10/23/13)

Sen. Mark Pryor (D-AR): “Sen. Mark Pryor, D-Ark., said he supports the ‘common-sense idea’ for an extension beyond the March 31, 2014, deadline as suggested by Sen. Jeanne Shaheen, D-N.H., in a letter to President Obama. ‘In addition, the administration should state clearly how the enforcement mechanism will work if people can’t sign up in time.’” (USA Today, 10/23/13)

Sen. Jeanne Shaheen (D-NH): “If an individual is unable to purchase health insurance due to technical problems with enrollment, they should not be penalized because of lack of coverage.” (CNN, 10/22/13)