ConservativeBlog.org
Posted at 16:39h in Blog, Health by David Hogberg 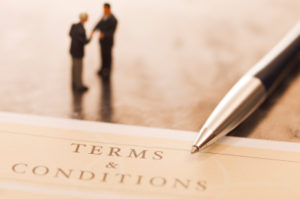 I have an article today at the American Spectator on the Administration’s decision to “clarify” that no one who gets insurance by the end of the open enrollment period on March 31 will be subject to a penalty under the individual mandate.

As I explain in the article, that means that some people could have a gap in coverage that is three months or longer.  Does President Obama have the authority to do that?  No:

Here, specifically, is what the law says: Section 5000A(e) of Obamacare states, “EXEMPTIONS—No penalty shall be imposed…with respect to,” and then lists the conditions for an exemption. Section 5000A(e)(4)(A) states that one of those conditions is “Any month the last day of which occurred during a period in which the applicable individual was not covered by minimum essential coverage for a continuous period of less than 3 months.” (See pages128-130.)

“Less than 3 months.” It’s there in black letters. And Obama is going to ignore it.

You might also check out Greg Scandlen’s excellent column at The Federalist on why the individual mandate is a bad idea from the get-go.  Here’s a sample:

Obviously [some] people will continue to receive care whether they are insured or not, so the primary rationale for mandatory coverage – solving the “free rider” problem – will not be solved. Yes, it may be reduced, but it would be reduced anyway if the subsidies were available without a mandate. More people would buy insurance on a voluntary basis because more people could afford it..

Further, while uncompensated care may raise costs for the insured, those costs do not disappear with a mandate. They are simply transferred over to the tax system and used to subsidize coverage rather than subsidizing the care itself.

And uncompensated care (“free riding”) is not an enormous problem in any event. Most serious studies place it at about 3% of total health care costs. This is not much different than the losses to retailers from shoplifting and employee theft. It is just a cost of doing business in a free society.